Along with Amir, Haris Sohail and Mohammad Nawaz have been dropped for the three games against Australia.

Imad Wasim, the left-arm spinner, has retuned to Pakistan s Twenty20 international squad to face Australia but there was no place for Mohammad Amir, who has now lost his spot in the Test and T20I formats.

Imad, 29, had missed the recent Asia Cup after failing the required fitness test twice. He played the last of his 25 T20Is against Sri Lanka in October 2017. Amir was part of Pakistan s previous T20I squad and took five wickets during the their triumph in the tri-series in Zimbabwe featuring Australia, which was the most for his team. However, poor ODI form led him to be axed from the Test team currently facing Pakistan and he has now lost his place in the T20I squad.

Along with Amir, Haris Sohail and Mohammad Nawaz have been dropped.

The 15-man squad for three games versus Australia in the UAE this month includes Babar Azam, who missed the Zimbabwe tour with a fractured arm, the 22-year-old opener Sahibzada Farhan, who made his T20I debut with a duck against Australia in July, the uncapped left-arm pacer Waqas Maqsood and batsman Hussain Talat, who has played 10 T20Is this year.

Maqsood, 30, has played 19 career T20 games from which he has claimed 20 wickets with an economy rate of 6.58. He took five wickets for Pakistan A versus New Zealand A in Dubai this month.

Maqsood has been drafted in the T20 squad after his recent performances in domestic cricket and playing for Pakistan’s A team against New Zealand’s A team,” said chief selector Inzamam-ul-Haq. “Similarly, Imad makes a comeback in the team after his form and fitness was monitored by the selection committee during the current domestic matches.” 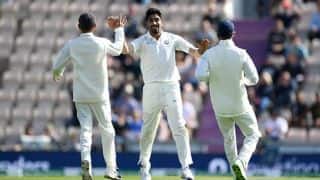 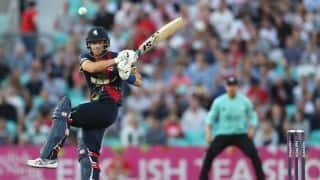