Important to maintain intensity in next match, says Gautam Gambhir

Important to maintain intensity in next match, says Gautam Gambhir

Kolkata Knight Riders captain Gautam Gambhir feels that his team needs to play with the same intensity in order to qualify for the semi-finals. 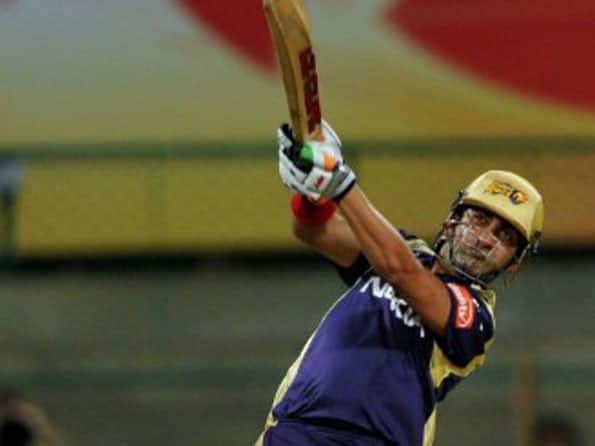 Kolkata Knight Riders captain Gautam Gambhir feels that his team needs to play with the same intensity in order to qualify for the semi-finals.

“We have a lot of talent in the dressinmg room and today we did well. We have one game in group stages left and we have to maintain the same intensity level. Today Brett and Kallis bowled tremendously in the first six overs. But we have concerns regarding our bowling at the death and that needs to be addressed,” Gambhir said at the post-match presentation ceremony.

Asked about his own batting he said with chuckle, “Well, I can play like this once in a while.”

Man of the match Jacques Kallis said that it was time that seniors put their hands up after two poor outings.

“We played some poor cricket in the last two games, and we needed the senior playes to put up a big performance today, which we did. Brad got us off to a quick start, and after that we just had to stay there and see it through.”

He was all praise for his skipper.

“Gambhir is a magnificent player. We missed him when he was injured, but it is great to have him back.”

The South African all-rounder still feels that they have a realistic chance of making it to the top four.

“There’s always hope that we can sneak him. We should try and beat the Warriors first, and get the run-rate up and then sit around and wait for a bit.”

RCB skipper Daniel Vettori was disappointed in the manner his team bowled and fielded.

“We have posted 170 in the last 2 games and gone inside thinking we can win this, but our bowling and fielding hasn’t been up to scratch. We are going to have to reflect on that quick, two must-win games now. We now have to depend on other results also,” the New Zealander said.(PTI)