Javed is now the coach for the United Arab Emirates (UAE) cricket team.

Former Pakistan fast bowler Aaqib Javed has creditted his former skipper Imran Khan for instilling positivity and belief in the national squad for it to lift the 1992 Cricket World Cup.

Now a coach for the United Arab Emirates (UAE) cricket team, Javed recalled that when Pakistan went Down Under in 1992, they started off disastrously and were plagued by injuries and poor form. He said that when the squad went to Perth for a match against Australia, it was almost impossible for an Asian side to beat Australia at Perth, and added that was our day.

“Just before the match, Imran came into the dressing room, spoke for about 20 minutes, and turned our psyche around for the rest of the tournament,” he recalled. “He instilled a belief in us. He had this unique quality, a quality that every leader must have: to make people believe in what he is saying. Personally, whatever cricket I had played before that match or after it, nothing could ever match those three-and-a-half hours. The mental state I was in, I had never experienced it before and never did after,” he added.

Javed further told the Dawn during the course of the interview that, “I can’t describe that feeling. It was…I knew it was our day. I was restless, couldn’t wait for the match to begin. I thought “aaj koi nahin rok sakta mujhe (no one can stop me today)”. I took three slips because I knew I was going to be on the mark. It was the same for everyone else.” Pakistan beat Australia by 48 runs in that match.

“We played New Zealand next. They were unbeaten and one of the favourites for the tournament, but it still was no match for our confidence. Perth was the turning point – we didn’t know what had hit us. The momentum was such that it took all the pressure off us. Even before the final, we felt zero pressure. We knew only we could win the tournament,” Javed said.

“It was the perfect exhibition of how a positive mind-set can change your fortunes overnight. After winning that match we knew – we didn’t expect or hope – we just knew that we’d reach the next round. So, going back to those 20 minutes, that’s when he switched our minds around. Those 20 minutes were the reason we won the World Cup. For us, the momentum from Perth carried on into the England series (following the World Cup) and kept going for a long time. You keep riding that wave for as long as there’s no major setback, for example a change of captaincy or management,” he said.

Javed said people running cricket boards or managing teams must have a deep understanding of the game. “If the team is doing well consistently, the managers should be able to identify the fulcrum and just let them be. If you mess with it, there is a breakdown from which you can’t recover overnight. A positive mind-set takes you all the way up to the top. So when you are displaced from the top you keep swirling down and you can’t just get back on top right away. Look at Australia, they were on top for almost a decade but once they came down, they realised how difficult it is to get back up,” he added.

“The right mental approach is vital. A coach, manager, captain or even any other senior player can be the pivotal person. For us, it was Imran Khan. It was all him. The ’92 World Cup belonged to him and his mind-set. It was his brainchild. If it weren’t for him there’s no way we could have even thought about winning, let alone reach the final,” he concluded. 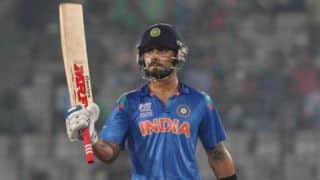 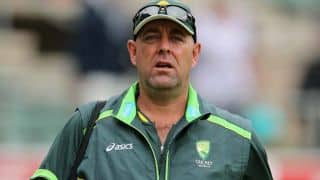