The former Pakistan captain said that the nation can gain a lot but lose by having bitter relations.

Former Pakistani cricketer Imran Khan feels that India and Pakistan can exist peacefully in the region by improving the sporting and political relations between them.

Imran, who is currently a Pakistani politician, said that his opinion is that cricket relations between the two nations are very important to promote better relations among the people at least.

Imran, who now heads his Tehreek-e-Insaaf party which rules in the Khyber Pakhtunkhawa province and is also a major opposition party currently at the national level in Pakistan, said that the two rival nations can gain a lot from each other if they co-exist peacefully, The Nation reported.

The former Pakistan captain said that the nation can gain a lot but lose by having bitter relations.

Imran also singled out Pakistani left-arm pacer Mohammad Irfan as a match-winner for the national side saying that the nation has a lot of general talent, but they have one talent that no other team has and that is the towering paceman.

Moreover, Imran also said that the speculations about Pakistani players like Shahid Afridi and Shoaib Akhtar being close to joining his party should not surprise anyone, adding that where else could cricketers go except join the party because they know him well and they know what the party stands for what every Pakistani citizen wants. 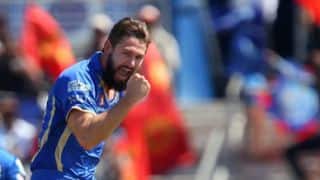 IPL 2014: Little-known players who made a strong mark in UAE phase of IPL 7