Melbourne: With questions being raised whether the Pakistan Super League (PSL) final would be held in Lahore following the deadly blast that killed over a dozen people on Monday, cricketer-turned politician Imran Khan has said that he wanted the entire event to be held in the nation, adding that “when terrorism happens, it gets highlighted more, and foreigners get scared”. The cricket fans in Pakistan fear that foreign players would avoid competing in the PSL final in Lahore, scheduled for March 5, following the Monday terror attack. “I wanted the whole PSL in Pakistan, not only just the final,” Khan was quoted as saying by news.com.au. ALSO READ- Pakistan Army offers “full support” in organising PSL Final

The five-team PSL, which began last week in the United Arab Emirates, is already being marred by match-fixing row. Last week, the Pakistan Cricket Board (PCB) had assured “foolproof security” for the PSL finalists, following the Federation of International Cricketers Associations (FICA) advice to players not to tour Pakistan due to an extremely elevated state of insecurity in the country. But a suicide bomber targeting police escorting a rally by pharmacists has likely ruined those hopes.

However, chairman of PSL, Najam Sethi has assured fans that the final match of the league will be held in Lahore, if they want so. There are a significant number of overseas players from West Indies, England, Sri Lanka and New Zealand, including the likes of Kevin Pietersen, Chris Gayle and Kumar Sangakkara.

It should be noted that Pakistan have not hosted any international cricket tournaments since the terror attack on the Sri Lankan team bus in Lahore in 2009,when six Pakistani Policemen were killed and some of the visiting players were injured. 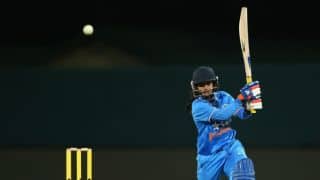