They made the accusations in a six-page letter to SASCOC, which has asked CSA to step aside as it investigates "many instances of maladministration and malpractice" in the organisation.

The crisis in South African cricket deepened with five former employees of the sport’s governing body in the country accusing it of being “unfair and unlawful”.

They made the accusations in a six-page letter to the South African Sports Confederation and Olympic Committee (SASCOC), which has asked Cricket South Africa’s board to step aside as it investigates “many instances of maladministration and malpractice” in the organisation.

“Our concern is that Cricket South Africa has, through various officials, misled and continues to mislead Parliament, the Minister of Sports, Arts and Culture and the public,” they said in the letter, according to www.iol.co.za.

“By so doing, Cricket South Africa has created a narrative that the organisation’s woes are the results of irresponsible stakeholder and financial management for which we were suspended and in most cases dismissed.”

While Appiah was the last to be sacked, in August, Eksteen, too, was fired this year

in June and the three others were shown the door last December.

“The organisation seeks to paint a picture whereby it appears to have dealt with the problem by our expulsion and to assure all interested parties that this was done in keeping with good governance, natural justice and the law of the land.

“This cannot be further from the truth as Cricket South Africa has been underhanded in its dealing with us by completely abandoning any ethics that demand that a disciplinary hearing is conducted in a manner that is lawful, procedurally fair and in the best interest of the organisation and the sport.”

The CSA has been left with no one to run the daily affairs after SASCOC asked the board to step aside.

CSA has been in the middle of administrative chaos for last two years and is currently also facing allegations of corruption and racial discrimination.

The country’s elite players have also criticised CSA for postponing its AGM scheduled for September 5. 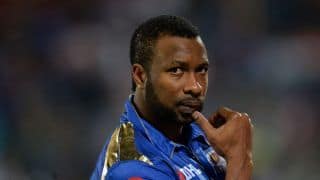 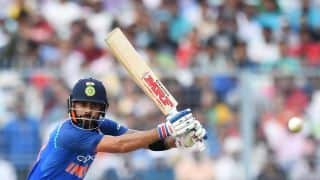