Virat Kohli and Co. were in total control of the game at the end of Day 2 but nothing went in their favour on Day 3 as they faced a humiliating defeat.

The first Test of the Border-Gavaskar Trophy turned out to be a disappointment for India, not only they lost the match by 8-wickets, but the Asian Giants also registered their name in some unwanted record books. On Day 3 of the Day-Night Test, Australian pacer dominated Indian batters to restrict them for just 36 before the dinner break. The hosts chased down the target ahead of the second sessions with 8 wickets in hands.

Earlier, on Day 1, Virat Kohli won the toss and elected to bat first as India posted a total of 244 runs in the first innings. Skipper Kohli was the top-scorer for India with his 74-run knock, though he was unfortunate and failed to hit his first century of 2020 and was run-out. After that Indian bowlers proved to be too lethal for the Australian batsmen as they bowled them out for just 191 runs as the visitors took a healthy 53-run lead.

Virat Kohli and Co. were in total control of the game at the end of Day 2 but nothing went in their favour on Day 3 as they faced a humiliating defeat.

Here are some of the records that were broken in the first Test between India and Australia:

3. It is the first time when India lost third consecutive Test in Virat Kohli’s captaincy. Earlier in February, India suffered 2-0 loss in the Test series against New Zealand.

5. It was only the first occasion where no batsman and extras crossed the double-figure mark in an innings in Test cricket history. Opener Mayank Agarwal was the highest run-getter for India with 9.

6. India also equalled the lowest ever score on Australian soil in Test match history. Earlier, South Africa were bowled out on 36 in 1932 at the Melbourne Cricket Ground.

8. With the five-wicket haul, Josh Hazlewood completed his 200 scalps in Test cricket. He took 52 Tests to breach the mark and become the 10th fastest Australian bowler to claim 200 Test wickets. 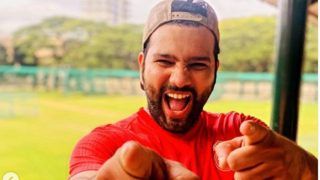 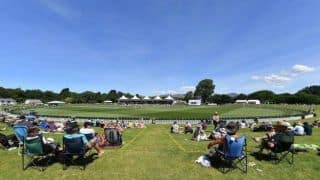