Inaugral season of Indian Champions League to have eight teams

Inaugral season of Indian Champions League to have eight teams

New Delhi: The Magpie Sports Group (MSG) announced on Thursday that eight teams will take part in the upcoming inaugural edition of the Indian Champions League (ICL). The ICL, to be organised on the lines of the Masters Champions League (MCL), will be a franchisee based Twenty20 cricket tournament slated to be held in the United Arab Emirates. According to the Magpie Sports Group — the organisers of the ICL — the teams that will feature in the inaugural edition are Delhi Badshah, Indore Rockets, Mumbai Star, Chennai Warriors, Hyderabad Riders, Bangalore Tigers, Lucknow Superstar and Chandigarh Heroes.

Each team will include four national level players. We will hold our first trial to select players for the ICL in Moradabad on September 9. Talented players from Moradabad and neighbouring areas can participate in the trials for the Lucknow Super Star team at the TMU ground in the city. The second trials will be held at the CMR ground in Hyderabad on September 12-13, Magpie Sports Group Director Manish Kumar Choudhary told IANS. 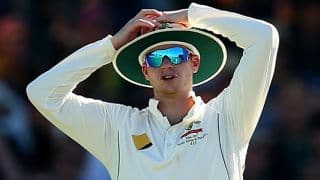