The Emirates Cricket Board confirmed that the inaugural International League T20 League will be played from 6th January to 12th February 2023.

A total of 34 matches will be played at world-renowned, world-class venues in Abu Dhabi, Dubai and Sharjah. The organisers and fans are also eager for the league which will bring top class cricketing action.

He stated, “As we begin this long journey I am confident that together we will achieve new heights and in the process provide entertainment and excitement to the millions of fans around the globe who are waiting for the first ball of the UAE T20 League to be bowled. On behalf of ECB let me assure everyone that whilst being entertained on field with cricket, you will also be entertained by our traditional UAE hospitality off the field.”

The tournament will also provide a valuable platform for Emirates Cricket to take developing their local talent to a higher level, where UAE-based players currently integrated in the Board’s program, as well as those identified by the High Performance Coaching and Selection Committee teams, will be given the opportunity to train and play alongside some of the world’s best minds of today’s game.

ILT20 Chairman Khalid Al Zarooni said, “Emirates Cricket, and the UAE, has a proven history of identifying and embracing initiatives that underpin the success of the game. It is vitally important, that through this tournament UAE-based players continue to flourish which is one of the objective of this League.”

He added, “The ILT20 wishes to thank His Highness Sheikh Nahayan Mabarak Al Nahayan, Chairman of ECB for his unstinting support to UAE cricket which, under his guidance, has been growing from strength to strength. We look forward to introducing to the world a T20 event that will provide unmatched competition and entertainment to the ardent followers of this game.”

The Chairman of Emirates Cricket Board’s Selection Committee Tayeb Kamali also shared his thoughts about the tournament. He said, “The annual ILT20 event presents an excellent exposure for our players given the highly intense and competitive nature of the league. Each of the six teams in the 34-match tournament provide a wonderful opportunity for our young cricketers to play competitive cricket with world-class players.”

“Further, such a unique international league would play a big role in attracting and nurturing a larger pool of players who will go on to represent the UAE in the years to come. We look forward to the inaugural event and our players taking full advantage of the opportunity,” he concluded. 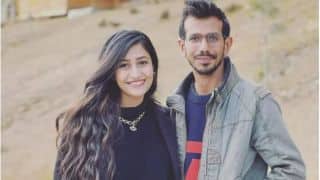 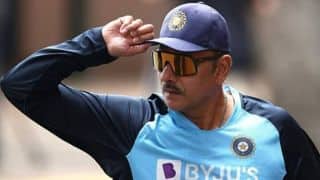