South Africa captain Temba Bavuma appreciated the efforts of David Miller and Rassie van der Dussen in getting the visitors 1-0 lead in the five-match series over India at the Arun Jaitley Stadium on Thursday.

New Delhi: South Africa captain Temba Bavuma appreciated the efforts of David Miller and Rassie van der Dussen in getting the visitors 1-0 lead in the five-match series over India at the Arun Jaitley Stadium on Thursday.

Miller (64 not out) and van der Dussen (75 not out) stitched an unbeaten 131-run stand to take South Africa to a seven-wicket victory and kick off their five-match series with an emphatic victory.

“We expected the wicket to get better as the night went on. Fortunately, the batting came through. Bit tricky to assess the bowling. It was fair considering how good that wicket was. He (Ishan Kishan) made it look very easy. They put us under pressure when our spinners were bowling. Always had a left-right combo that didn’t allow us to settle. Proper batting display,” said Bavuma after the match.

In pursuit of 212, South Africa were in trouble at 81/3 before Miller and then van der Dussen batted with elegance and poise to take South Africa to victory with five balls to spare. Bavuma hopes that the visitors build on their Delhi win in the rest of the series.

“David carried his form and well supported by Rassie. Just need to build from this performance. It was a good wicket, probably we can read the situation a bit better, especially the spinners. I am being overly critical because the pitch was good. We will take that result.”

“We have a lot of belief in Rassie. We have seen him do that time and time again where he kind of starts slowly and then finds a way to bring it back at the end. He is a guy we can see as a finisher in our team. Him partnering with David does make out batting explosive. It was hot but wasn’t so humid. Cut down on some training and make sure everyone is fit,” concluded Bavuma. 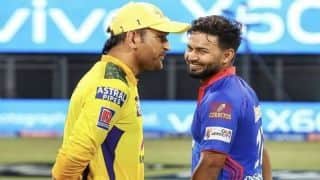 Lucky Midas: India Come Full Circle As Rishabh Pant Starts From Where It All Began For MS Dhoni As Captain