Rahane didn't give any definitive answer on what would be senior spinner Ashwin's role although he did acknowledge that his all-round skills will be very handy going into the first Test. 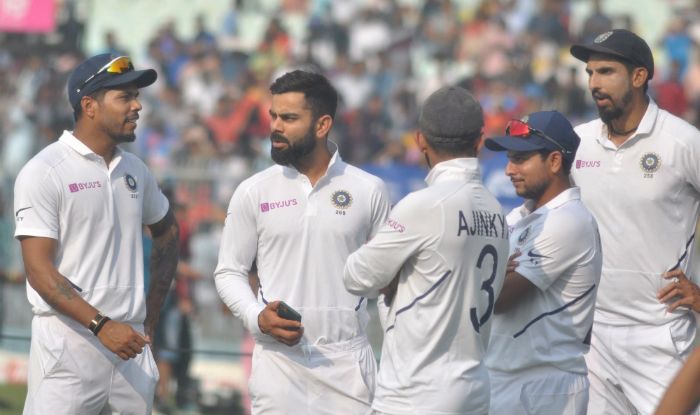 India vice-captain Ajinkya Rahane on Tuesday said he is not concerned about the leadership role and stressed the fact that right now Virat Kohli is India’s captain. Rahane added that he is more than happy to help Kohli with decision-making and contribute in the team’s cause rather than focussing on external things. Kohli will be heading back to India on paternity leave after the series day-night fixture in Adelaide. He will be spending time with his wife and Bollywood actor Anushka Sharma for the birth of their first child.

“I believe staying in the moment and present. Right now, Virat is our captain. We think about this Test match and then after that when he leaves, we will think. So for me, it is about this Test match, helping Virat out and then taking it forward,” the 32-year-old Rahane said while speaking in a virtual media conference on Tuesday.

Rahane also conceded that pacer Ishant Sharma’s absence is a ‘big miss’ but side-stepped queries on his team’s possible first XI combination for the opening Day-Night Test against Australia on Thursday. Rahane also spoke about how pink ball’s increased pace off the pitch during the 40-50 minutes of the twilight session, will be the biggest challenge for any batsman.

“I think, we do really have a strong attack but yes we will definitely miss Ishant, being the senior fast bowler,” the right-handed batsman said.

Ishant is recovering from a rib injury sustained during the IPL. Rahane, however, is confident that despite Ishant’s absence, the pace attack comprising Jasprit Bumrah and Mohammed Shami will step it up for the Australians.

“The guys who are here Umesh Yadav, Navdeep Sani, Mohammed Siraj with Jasprit Bumrah and Mohammed Shami, they are all really good and experienced and they know how to bowl in these conditions,” he said.

“…this is a new series starting with the Pink ball, so it is all about getting that momentum, but I do believe that we have the attack to get 20 wickets,” he said.

On the possible opening combination among the four available options (Mayank Agarwal, Prithvi Shaw, Shubman Gill and KL Rahul) and two options for wicketkeeping (Wriddhiman Saha and Rishabh Pant), Rahane said a decision will be taken on the eve of the match.

He also didn’t give any definitive answer on what would be senior spinner Ravichandran Ashwin’s role although he did acknowledge that his all-round skills will be very handy going into the first Test.

“Ashwin’s role will be very important. We all know that he is an experienced bowler, he has got variety in his bowling, so his role as a bowler and also as a batsman will be really important,” he said.

Twilight period in pink-ball Test matches is very important and that has been well documented.

What Rahane added to the theory on the day was increase in speed off the pitch during a period of 40 to 50 minutes, which is not the case for normal red balls. “I feel in the day, the new pink ball slightly moves, but then after that it becomes easy to bat…when the twilight period comes, for 40-50 minutes, that becomes a bit challenging for the batsmen to focus,” he said.

“The ball’s pace increases, initially there is normal pace, but when lights are on and the twilight period starts, the pace increases off the wicket (surface),” he said.

“In case of red ball, when we play throughout the day, the pace does not change suddenly, but with the pink ball, within 40-50 minutes, pace changes completely. It is very important to make adjustments there,” he said. 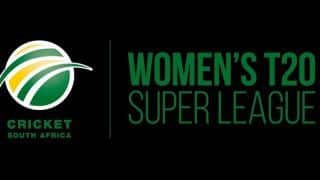