IND vs AUS 2020: Mitchell Starc Feels Upcoming Tests Against India is a Chance to Rectify Mistakes from La

Starc admitted that India were a better side with both bat and ball during 2018-19 tour.

Mitchell Starc recalled India’s last tour of Australia in 2018-19, where the visitors registered their first-ever Test series win Down Under. Starc feels the upcoming Test series against Virat Kohli and Co. will be the chance for the hosts to rectify their mistakes from last time.

Under Virat Kohli’s captaincy, India humbled hosts Australia 2-1 in 2018-19 for their first series win Down Under after seventy years of trying.

Starc admitted that India were a better side with both bat and ball during 2018-19 tour.

“India were just better than us throughout the (2018-19) series with bat and ball. Sure, we haven’t hidden away from that. We needed to be better in all facets of the game and this summer’s certainly a chance to rectify that,” the pace ace added.

Coming off a sensational 2019-20 when he took 45 wickets at 18.42 and a strike rate of 34.8, the pacer will lead Australia’s charge with the new ball in Thursday’s opening day-night Test against India.

The left-arm seamer talked about how he handles the criticism and revelead earlier he used to get into the noise a bit too much.

“I just felt I probably tuned into the noise too much, and I guess I went from someone who didn’t mind seeing or reading that sort of stuff and taking that as motivation to prove people wrong…”

“Just with having multiple broadcasters and a whole bunch of radio and print and the rest, I probably read into that noise a bit too much,” he said.

Starc is no longer using criticism as motivation to spur him on.

“The expectations on the group, media-wise, were huge. I think I just found it was a lot of unnecessary time spent thinking about it or reading about it.

“Going from someone who saw that as a motivation to prove people wrong, I probably bought into the noise too much, or started digging myself a bigger hole if I wasn’t bowling the way I wanted to.

“Certainly, throughout that series as well I felt like I had 47 different bowling coaches at one point and all these different opinions that I just didn’t need to listen to,” said Starc.

Starc revealed he deactivated his social media accounts after the 2018/19 Test series against India and stopped caring about people’s opinion.

“Since then (last home Test series against India) I’ve basically gotten off Twitter and not (been) reading anything really, and not really caring what other people’s opinions are.

“It’s just had me in a clearer mindset to focus on what I can control and bowl the way I want to bowl.

“That’s certainly how I’ve approached it since and having people I trust around me, whether it’s talking to Alyssa (Healy, his partner) or having conversations with ‘Dre (Andre Adams, NSW bowling coach) or the staff around the group, or the players,” Starc concluded.

The first Test match between India and Australia will be played on December 17 at Adelaide Oval, where the visitors will look retain the Border-Gavaskar Trophy again. 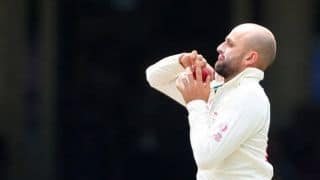 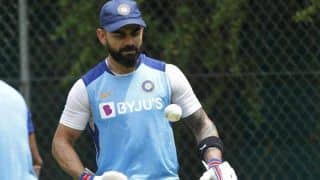