Ashish Nehra talked about Virat Kohli's captaincy and pointed out the areas where he needs to improve. Former India pacer Ashish Nehra slammed Virat Kohli’s captaincy in the ongoing ODIs series against Australia. Nehra believes that Kohli is an impulsive captain as he made too many changes in bowling during 2nd ODI, where India suffered a 51-run defeat against Australia. The Indian bowlers have struggled so far on the Australia tour as in the first two ODIs, the hosts have managed to score 370 plus scores while batting first.

Kohli was criticized for making frequent changes in bowling as he used Jasprit for just two overs with the new ball. Nehra talked about the 32-year-old’s captaincy and pointed out the areas where he needs to improve.

“I believe, Kohli is an impulsive captain. He is making too many changes in his bowling. And this is an area that he needs to take care of,” the former Indian pacer told Cricbuzz.

“In today’s game, Virat Kohli gave two overs to Mohammed Shami and then brought Navdeep Saini. He wanted Shami to bowl from the other end, that I understand, but then, why would he use Jasprit Bumrah for only two overs with the new ball?” Nehra said.

However, Nehra agreed with Kohli’s decision to made some frequent changes in bowling during 2nd ODI due to availability of just 5 bowlers.

“I agree Virat Kohli is making frequent changes in bowling. He only had five bowling options. India used Mayank Agarwal and Hardik Pandya – it was a decision made on the ground. If things were going in India’s way, you would not have seen these two getting an over.

The former Indian pacer further said that Kohli seemed in a hurry during first ODI and is being hasty in his decisions.

“Virat Kohli is being hasty in his decisions. In the previous game (first ODI) as well, after Kohli was dropped, it seemed like he is in a hurry. Kohli has chased 350 several times in his career, it is not a big deal for him. But it seemed like he was chasing 475, not 375,” the 41-year-old retired cricketer said.

The third match of the series will be played on December 2 at Manuka Oval, Canberra, where Team India will look to break their losing-streak of five-matches in the ODI format. 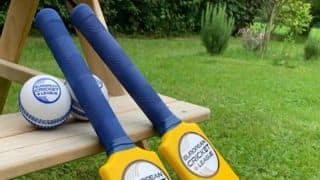 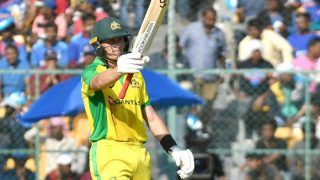