Cricket Australia has paid glowing tributes to the BCCI for sending the Indian cricket team for a full tour despite the coronavirus pandemic. 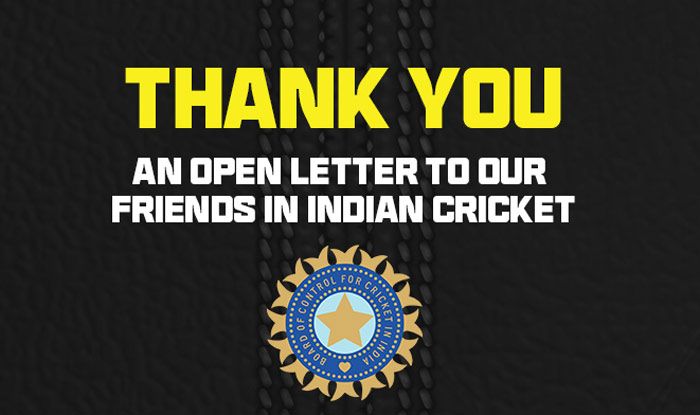 Paying glowing tributes to their Indian counterpart, Cricket Australia has thanked BCCI for their performance in the Border-Gavaskar Trophy and delivering a series which will be remembered for generations. India toured Australia amidst the coronavirus pandemic during which they played three ODIs, as many T20Is and four Tests.

“On behalf of everyone at Cricket Australia, we congratulate Team India for their resilience, courage and skill demonstrated in retaining the Border-Gavaskar Trophy in a series that will be talked about for generations to come,” CA wrote in an open letter shared on Twitter.

An open letter to our friends in Indian Cricket, and to everyone who played their part to help deliver this memorable series! ?? @BCCI pic.twitter.com/rk4cluCjEz

“Australian cricket will forever be grateful to the BCCI for their friendship, trust and commitment in helping to deliver a series that has brought joy to many millions of people around the world at a time they needed it most,” it added.

The tour went smoothly despite the ‘unique challenges’ the restrictions posed as part of measures against the deadly virus. However, there was a controversy when India cricketers Mohammed Siraj and Jasprit Bumrah complained of racial abuse during the Sydney Test.

Apart from that, there were reports of Indian team not happy with the hard quarantine rules in Brisbane but they were brushed aside with the focus firmly on cricket. “The unique challenges of international touring during a global pandemic are considerable and we thank India’s players, coaches and support staff for all they have given,” the letter read.

“Over the past nine weeks, the Indian and Australian men’s teams completed outstanding One-Day International and Twenty20 International series, followed by one of the greatest Border-Gavaskar Test series ever competed,” it added.

CA praised the sacrifices made by the touring party, calling them “one of international sport’s greatest ambassadors”.

“Despite the many public health and logistical challenges, the BCCI engaged with a spirit of cooperation befitting their status as one of international sport’s greatest ambassadors,” CA wrote.

“We will never forget the sacrifices made by our friends at the BCCI that made all this possible,” it said.

The financially struggling CA are expecting a revenue of 300 million Australian dollars from the tour which will come as a massive boost.

The letter further took note of the individual performances of players from the two teams during the tour. “From the sublime fast bowling of Jasprit Bumrah and Pat Cummins, to the wonderful batting of Ajinkya Rahane and Steve Smith, to the exciting debuts of Shubman Gill and Cameroon Green – and much, much more – the past two months of cricket have been absolutely enthralling,” it said.

The ODI series was won by Australia 2-1 before India bounced back to win the T20I series by the same margin while the hotly contested Test series also ended in tourist’s favour. 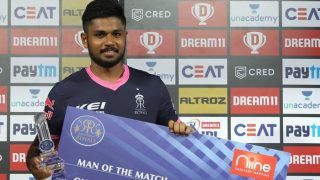