The blood on knees did little to disturb Anderson's concentration and he continued to bowl in the innings. 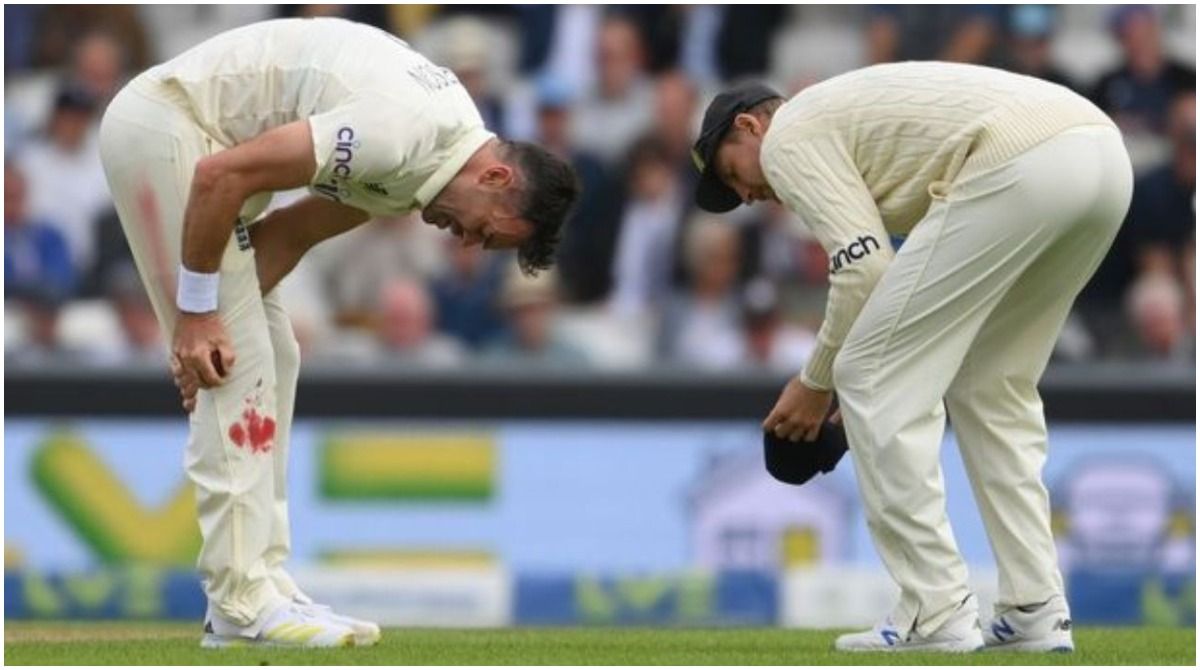 England pacer James Anderson may not have got more than one wicket on the first day of the fourth Test at The Oval on Thursday but the pace spearhead was in the headlines with his commitment to bowl despite a bleeding knee.

“England bowler James Anderson took a tumble while bowling in the fourth Test against India at The Oval and appeared to cut his right knee, with blood visible on his trousers. Despite the injury, Anderson continued his spell and was part of an impressive England bowling performance on day one,” said a report by The Mirror on Friday.

Fans were quick to notice blood spilling out from Anderson’s knees in the 42nd over as it started to appear on his white pants.

“The blood is bleeding on James Anderson’s legs,” wrote one user.

“Blood from Jimmy’s Knees But still Bowling… Dedication Level at the age of 39,” commented another user.

The blood on knees did little to disturb Anderson’s concentration and he continued to bowl in the innings.

Anderson has picked 14 wickets in the ongoing Test series at an average of 20.79. He is currently the third-highest wicket-taker in the series after Ollie Robinson and Jasprit Bumrah. 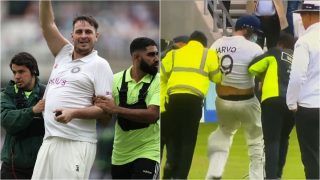