Ben Stokes was asked if England preferred to see a "nice or spiky" Virat Kohli on the field.

England’s premier all-rounder Ben Stokes was at his witty best before the must-win second ODI against India in Pune on Friday. Stokes, who hasn’t really lived up to his billing of the world’s best all-rounder on the ongoing India Tour, backed his team’s brand of cricket of going ‘hammer and tongs’ despite their recent failure of chasing down a mammoth 318-run target in the first ODI. Speaking with the reporters on the eve of the second ODI, Stokes answered a few interesting queries and also took a subtle jibe at the India captain Virat Kohli.

Known for his animated and aggressive body language – Kohli has often garnered headlines for more than a few reasons. The 29-year-old Stokes also dealt with a cheeky question on Kohli from a reporter who had suggested that the India captain had turned up his aggressive intent as the series progressed between the two top-ranked sides.

“In the 1st Test, we saw a nice Virat who helped Joe. Since then he has been a bit spiky. Which one do you prefer, a nice Virat or a spiky Virat?” a reporter asked. Being at his jovial best, Stokes responded: “Personally, I prefer Virat doesn’t get runs, because that (him getting runs) is not good for us.”

Lauding Kohli’s aggression, Stokes feels that India skipper’s passionate outlook has worked up nicely for India to raise their game across formats. However, the Christchurch-born all-rounder believes England should stick to their own tactics thatt has been working for them over the years.

“Every team and every player has a certain way of operating in the field, which makes them successful. As a team over the last four-five years, that’s not the way that works for us,” Stokes said on the eve of their must-win second ODI.

“We stick to what we do best and what we make is to build a better side. Each team is entitled to their own way of operations. India have there and we have ours,” the dashing all-rounder added.

After their 66-run loss in the first ODI, England risk of being usurped for their World No. 1 ranking but Stokes said it’s not their driving force. “We deserve to be No 1 because of our results and how we played our cricket and we won’t go away from that. Being No 1 is obviously a fantastic thing to have next to your name as a team, but it’s not our driving force.

“Our driving force is the way that we go about it and our attitude towards playing the game. And that’s what’s made us be successful, and the more successful we are obviously the more chance and the more opportunity we’ve got to be at No 1.”

In absence of Joe Root, the England all-rounder was promoted to No 3 spot from being a finisher. Stokes revealed that he’s not changing his mindset for the new role on the suggestion of designated England No 3.

“I did actually message Root just asking about his mindset at No 3. He was pretty clear to me and just said ‘play the way that you play’. Just because he plays a certain way doesn’t mean that I need to try and play like.

“At No 3, potentially, I would be facing 100 balls, compared to maybe 60-70 like I normally do. I haven’t looked to change too much, just might be facing a slightly different situation, especially when I’m starting off my innings.”

While there would be comparisons with Root, Stokes would ideally prefer to follow the Test captain’s mantra.

“There’s gonna be talk whoever is going to fill that place with Root not being here. People will keep talking but I’ll just go out and do what I’ve been asked to do.” 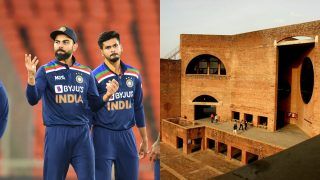 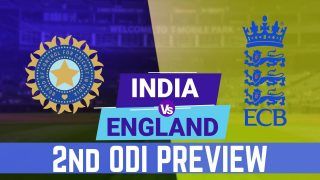