IND vs ENG: Virat Kohli Speaks up Farmers' Protest, Says We Briefly Discussed it in Team Meeting Ahead of

Thousands of farmers, mostly from Punjab, Haryana and western Uttar Pradesh, have been camping at Delhi's borders for over two months demanding that the three new farm laws be repealed. 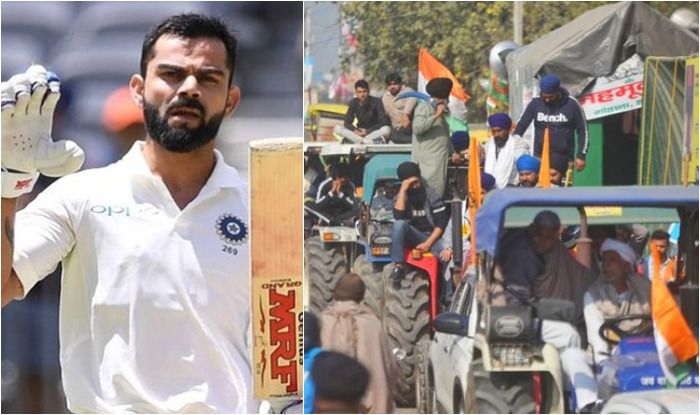 Back in the middle of action after paternity leave, India captain Virat Kohli on Thursday said the ongoing farmers’ protest against new agriculture laws has come up for discussion in his team meeting where everyone has ‘expressed what they had to’. Kohli, speaking online to the media ahead of the first Test against England in Chennai, did not divulge the details of the “brief” conversation on the matter.

“Like any issue present in the country, we do talk about it and everyone had expressed what they had to,” the Kohli said when asked about the agitation that has been going on for over two months.

“That’s about it. We briefly spoke about it in the team meeting and we carried on discussing the team and game plans,” he added.

On Wednesday, Kohli was among a host of Indian cricket stars, including the iconic Sachin Tendulkar who urged for unity in the country after some international celebrities like US pop star Rihanna, climate activist Greta Thunberg called attention to the plight of the agitating farmers on social media.

“Let us all stay united in this hour of disagreements. Farmers are an integral part of our country and I’m sure an amicable solution will be found between all parties to bring about peace and move forward together,” he had tweeted.

India and England will lock horns in a four-match Test series starting Friday.

Thousands of farmers, mostly from Punjab, Haryana and western Uttar Pradesh, have been camping at Delhi’s borders for over two months demanding that the three new farm laws be repealed.

Farmer groups have alleged that these laws, which allow farmers to sell their produce directly to a buyer, will end the traditional mandi system and the guarantee of a Minimum Support Price for their crops.

The government has rejected these apprehensions as misplaced.