Ind vs NZ: Jasprit Bumrah Injures His Ankle at Auckland During 1st T20I, Concerned Fans Come up With Memes

Bumrah bowled the ball and then suddenly realised that something had gone wrong and instantly fell on the pitch. India seamer Jasprit Bumrah on Friday twisted his ankle during the 1st T20I at Auckland in the final over. He bowled the ball and then suddenly realised that something had gone wrong and instantly fell on the pitch.

It happened in the second ball of the final over and he was soon attended by the team physios as other concerned cricketers also gathered around him as it looked serious. However, he carried on and gave 6 runs away in the remaining four balls as New Zealand finished on 203.

He finished with figures of 31 for one from his four overs and managed to limit some of the damage caused by the Kiwi batsmen early on.

Being one of India’s premier bowler’s, concerns surrounding the extent of his injury started doing the rounds on social space. Here is how some of the concerned fans reacted.

Whole India, after Bumrah fell on his ankle💀 #NZvsIND pic.twitter.com/PrZlJIWN7n

Oh no .Bumrah .. hope he is fine.#Bumrah #INDvNZ

When Bumrah holds his ankle in anguish, the nation holds it breath in anguish.#INDvNZ #NZvIND pic.twitter.com/Bh7o1x1LPO

Bumrah, brother take my leg if u want 😭

Bumrah used Volini max spray and now he is as fit as a cheetah!

Meanwhile, New Zealand posted a formidable 203/5 riding on half-centuries from opener Colin Munro (59), skipper Kane Williamson (51) and Ross Taylor (54*) against India in the 1st T20I of the five-match series at Eden Park, Auckland on Friday. 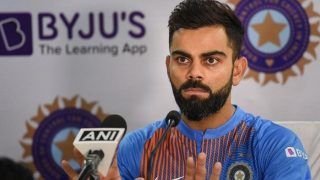 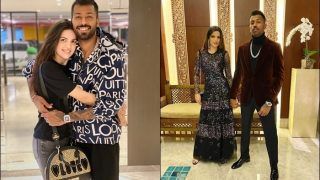