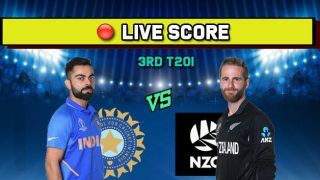 Hello and welcome to our live blog of the 3rd T20I of the five-match series between hosts New Zealand and visitors India at Hamilton on Thursday. India are ahead in the series winning the first two T20Is against a misfiring New Zealand outfit. And it will be on New Zealand to keep this series alive, else India look set to seal the series with two more matches to go. India are currently on a five-match winning streak in T20Is, while the last two T20I defeats have meant New Zealand are on a four-match losing streak.

While the 1st T20I was evenly contested with New Zealand batting more or less going toe to toe up to India’s, but in the second t20I, India’s class was visible with the bowlers making the mos of a tricky wicket to bat on, KL Rahul and Shreyas Iyer have been the stars with the bat for India while Ravindra Jadeja proved his worth with the ball in the second T20I. For New Zealand, openers Colin Munro and Martill Guptill have got starts in both the matches, but have failed to convert it into impactful innings. Ross Taylor and skipper Kane Williamson were in the first T20I, but it is the bowling department which has lacked penetration and the girt, in the absence of Trent Boult. 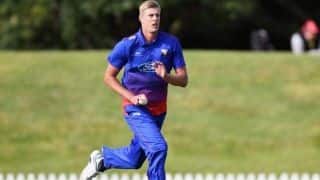