IND vs NZ: Mayank Agarwal Disappointed Even After Being Adjudged 'Player of the Match' vs New Zealand in 2

India opener Mayank Agarwal was disappointed with his efforts in the second innings and reckons that he should have converted that half-century into a hundred. 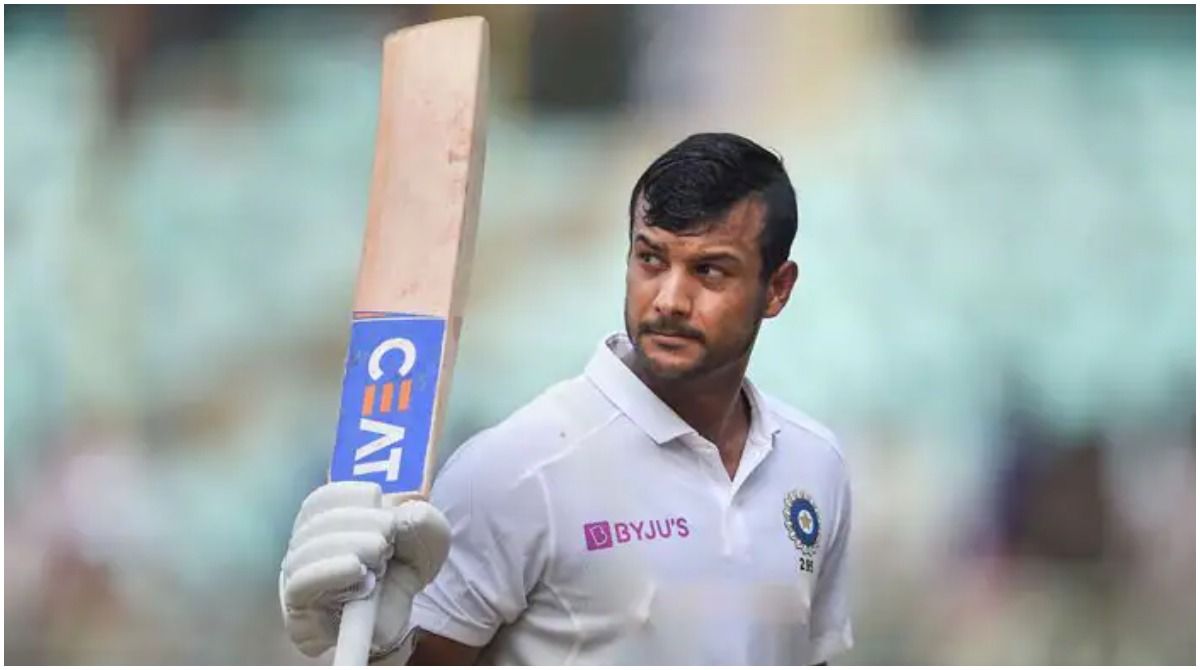 Mumbai: India opener Mayank Agarwal said that despite scoring a century in the first innings of the second Test match against New Zealand at the Wankhede Stadium, Mumbai, he was disappointed with his efforts in the second innings and reckons that he should have converted that half-century into a hundred.

Agarwal was batting really well in the second innings as well and looked good to score yet another hundred before holding out at long-off in his attempt to try and clear that boundary rider.

For top-scoring in both of India’s innings with 150 and 62, Agarwal was adjudged ‘Player of the match’ as India won the second Test by 372 runs and claimed the two-match series 1-0.

“It feels good to be back among the runs and this knock is special for me. I didn’t really think about the second hundred in the match but should have converted the sixty. We will relish the abroad challenge in South Africa, so we’re looking forward to that too,” said Agarwal in the post-match presentation ceremony.

Agarwal further explained the mindset of his game in Mumbai after a not-so-memorable outing in Kanpur.

“I didn’t change anything from Kanpur; I just had the mental discipline and determination. The technique isn’t going to be the best all the time, it won’t guarantee runs, but the will to fight is the key.”

The 30-year-old signed off by recalling the advice he got from head coach Rahul Dravid and legendary batter Sunil Gavaskar.

“Rahul bhai told me about not thinking of technique mid-series and told me this is the technique that’s got me runs. Sunny sir said I should keep my bat low early on in the innings and open up my left shoulder.”