David Miller carried his sensational IPL form to international cricket as South Africa made a mockery of the Indian bowling attack to gun down their highest ever run-chase and race to a seven wicket win in the opening T20 here on Thursday.

New Delhi: David Miller carried his sensational IPL form to international cricket as South Africa made a mockery of the Indian bowling attack to gun down their highest ever run-chase and race to a seven wicket win in the opening T20 here on Thursday.

However, it was not meant to be as the Indians were outdone by the brilliance of Miller and van der Dussen, who toyed with the opposition attack. The loss also ended India’s 12-match winning streak.

South Africa skipper Temba Bavuma (10) and Quinton de Kock (22) were off to a flyer as they raced to 22/0 in the first two overs. However, the ever-reliable Bhuvneshwar Kumar bowled a brilliant leg-cutter to dismiss Bavuma.

Dwayne Pretorius (29 off 13) and de Kock then took leg spinner Yuzvendra Chahal and Hardik to the cleaners.

While Chahal gave away 16 runs, Hardik, whose return to bowling was highly anticipated ahead of the series, leaked 18 runs and was slammed for three sixes by Pretorius, including one that was 91m long.

Harshal Patel finally broke the partnership as he bamboozled Pretorius with a slow full toss.

The Indian bowlers kept striking at regular intervals and limit the boundaries, slowing the proceedings. But Killer Miller’ had different ideas.

Continuing his stellar run from the IPL, the Southpaw smashed a total of three sixes and a couple of fours in the 12th and 13th over to get South Africa back in the game, while van der Dussen played the perfect second fiddle.

With 80 needed off the last six. Miller brought up his fifth T20 half-century as well.

“Obviosuly a lot of hard work has gone in over the last few years understanding my game a lot better. You need two players playing a part while chasing. Rassie played phenomenally well at the back end with some big overs. Chuffed with the result. Just try and hang in there was the chat (With Rassie). He was trying to go but he wasn’t getting it. Just about limiting dot balls and waiting for that loose ball. Belief (one thing that has transformed his career). Understanding winning more games and more consistency gives you more belief. I am pretty open to bat anywhere. Just want to make a difference,” said Miller after the match-winning knock. 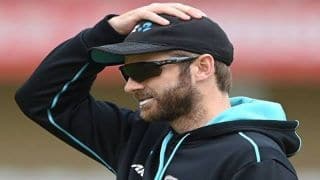