IND vs SA: Team India On Cusp Of Breaking Massive Milestone Ahead Of First T20I

IND vs SA: Team India On Cusp Of Breaking Massive Milestone Ahead Of First T20I

Team India is all set to take on South Africa in a five-match T20I series, starting from June 9 in Delhi. The BCCI has announced the India squad and rested some of the key senior players like Virat Kohli, Rohit Sharma, Jasprit Bumrah, and Mohammed Shami after a hectic season of IPL, and keeping the upcoming England tour in mind.

In the absence of Rohit Sharma, KL Rahul has been named the India skipper. The likes of Hardik Pandya and Dinesh Karthik have earned their way back into the team, while Umran Malik and Arshdeep Singh received their maiden India call ups after an impressive show in the IPL 2022.

Meanwhile, team India is on the cusp of breaking a major milestone ahead of the South Africa T20I series. The team needs one more win to become the team with the most consecutive T20I wins. Team India is currently on par with Afghanistan and Romania with 12 wins to their name and a win against SA in the first T20I will take them to 13 consecutive wins, the most by any team.

India’s last loss in a T20I game came against New Zealand in the ICC T20 World Cup 2021. Post the shambolic display against the Kiwis, India went on to beat Afghanistan, Scotland, and Namibia in the same tournament, even though they couldn’t progress to the next round.

After the T20 World Cup, India hosted New Zealand, Sri Lanka and West Indies in back to back series, demolishing the visitors and comprehensively winning all games. Speaking about the South Africa series, the matches will be played on June 9 (Delhi), June 12 (Cuttack), June 14 (Visakhapatnam), June 17 (Rajkot), and June 19 (Bengaluru). 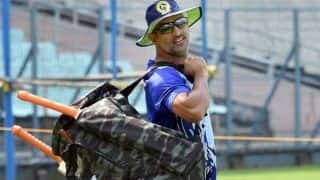