New Delhi: South African batter Tristan Stubbs was with the South Africa ‘A’ side on their tour to Zimbabwe when he got the call-up for joining Mumbai Indians in IPL 2022 as a replacement for England left-arm pacer Tymal Mills.

More joy was in store for Stubbs when he received his maiden call-up to the Proteas for their five-match T20I series against India, starting from June 9. An excited Stubbs is eager to put his cricketing skills to test against the KL Rahul-led side but wants to enjoy the experience of being in the South Africa squad.

“I don’t want to look too far ahead but I just want to make sure I take this opportunity that I have been given and make the most of it and if I do that the rest can take care of itself. I just want to try and enjoy this experience as much as possible,” Stubbs was quoted as saying by Supersport.

Though Stubbs didn’t do much in just his two IPL outings, registering scores of 2 and 0, his 293 runs at an average of 48.83 and a strike rate of 183.12 for his domestic team Warriors in CSA T20 Challenge got him on the radar of the national side.

He then followed it up with unbeaten scores of 39 and 17 in the ‘A’ team tour before being called up by Mumbai for IPL 2022.

“I was in good form leading up to the (CSA T20) tournament and then I was given a lot of freedom by the coaches to just go and play and it worked out nicely. It was a really cool experience playing in Zimbabwe. Just playing cricket abroad in an international environment, I took some great learnings from that, while adapting to different conditions and being in that setup was great for me.

“The pitches were challenging and Zimbabwe are a good side that challenged us, so that was good. It was also great to chat to some of the senior players and learn from them,” stated Stubbs.

Stubbs admitted that Mumbai calling him for IPL 2022 was totally unexpected and expressed his wish to be back in the tournament next season. “It was a massive surprise to get the call-up. Very cool to be a part of it and I am so thankful that I got that opportunity because I got a lot out of that experience as well.

“Just to chat to guys like (Kieron) Pollard, Rohit Sharma and coach Mahela Jayawardene, it was awesome to learn from them and I tried to get as much as I could out of it. The whole setup of the IPL really opens your eyes and to go back there would be awesome.” 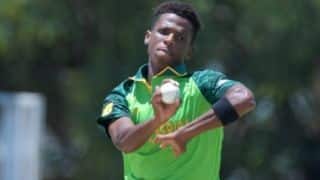 South African Cricketer, Assaulted in England, Out of Coma 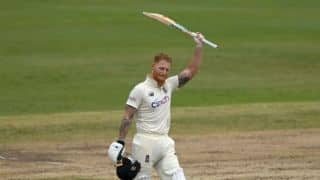