With a 2-0 lead in the five-match series and only one match to go, India A bagged the ongoing series against New Zealand A, posting a 64 run victory in the fourth unofficial ODI.

With a 2-0 lead in the five-match series and only one match to go, India A bagged the ongoing series against New Zealand A, posting a 64 run victory in the fourth unofficial ODI. At the Dr. Y.S. Rajasekhara Reddy ACA-VDCA Cricket Stadium, Visakhapatnam on Friday, India A won the toss and elected to bat. They put up 289 for 6 after 50 overs, with generous contributions from Abhimanyu Easwaran, Deepak Hooda and Vijay Shankar and later defended the total, bundling the visitors for 225 with 4.5 overs remaining. READ: Abhimanyu Easwaran stars as India A put up 289 for 6

After losing his partner early, Easwaran built his innings slowly yet steadily to take his team past the 100-run mark with ease. His 83 was the highest by any batsman in the innings. However, the Hooda-Shankar partnership played an equally important role in India s batting as they took the total to a competitive one. Hooda took a backseat to hold one end of the innings with a relatively slow knock while Shankar hammered the opponents playing a 33-ball 61-run knock, hitting 4 fours and 5 sixes in the process. For New Zealand, Scott Kuggeleijn registered best figures with his 2 for 37.

Though New Zealand opener George Worker played a brilliant knock of 108 runs, the rest of the team failed to match up to the efforts and Workers efforts went in vain. Skipper Henry Nicholls 37 was the second-highest score in the innings while seven players scored in single-digit.

Indian bowlers ran through the New Zealand batting line-up and did not let a big partnership form. Shahbaz Nadeem s 4 for 33 were the best numbers while Siddharth Kaul bagged 3 for 25.

First Published on
Last updated on October 13, 2017 6:42 PM IST
TOPICS:
India A New Zealand A India A vs New Zealand A 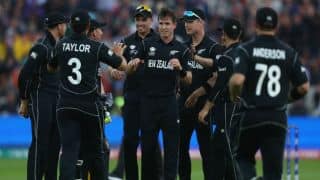 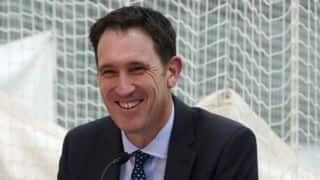