A few emerging players along with some tried and tested ones will face a tough test when India 'A' take on England in trying conditions in the first of the two warm-up games, at the Palam Airforce ground here tomorrow. 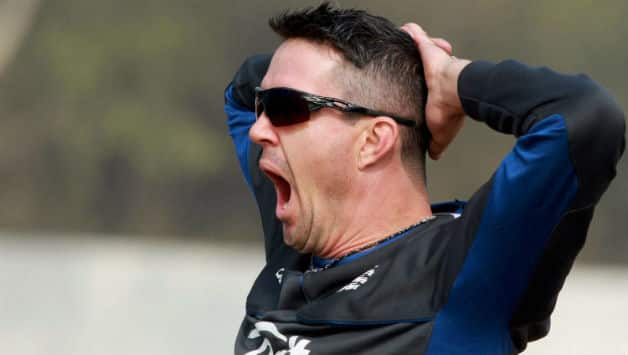 A few emerging players along with some tried and tested ones will face a tough test when India ‘A’ take on England in trying conditions in the first of the two warm-up games, at the Palam Airforce ground here tomorrow.

The England ODI squad will aim to repeat the performance of their Test side as senior player Eoin Morgan aptly stated.

“We are going into the series with the confidence of being a winning side having beaten India after a long time.

The batsmen will like to build on the runs and the spinners will like to get more wickets,” Morgan said on the sidelines of English team’s training session.

Among the bowlers, the Indian selectors will like to keep a tab on comeback man S Sreesanth. With India’s pace bowling cupboard not exactly full, a fit Sreesanth can still be an asset for the senior national team. The Kerala speedster was impressive during the net session as he troubled most of the batsmen.

The cold and windy conditions in an open ground will be conducive for swing bowling and the technique and temperament of some of the players will be tested.

“We have played in even worse weather when India ‘A’ visited New Zealand. Yes, the time is less and boys will need to adapt to the sitiation quickly. I only hope that we have 9 am start,” India ‘A’ coach Lalchand Rajput said on the eve of the match.

Among the batsmen, openers Mukund and Vijay along with Robin, Menaria, Paras Dogra are certainties. All-rounder Jalaj Saxena, who is in national reckoning, is likely to play at No 6 followed by glovesman Rohit Motwani.

The bowling attack will be led by Sreesanth and will be supported by lanky Madhya Pradesh pacer Ishwar Pandey and Haryana’s Mohit Mahipal Sharma.

“I can tell you that Ishwar and Mohit will be playing tomorrow,” Rajput said when asked as to why the two bowlers were sent to provide practice to senior India team when both had a match to play the very next day.

Former England left-arm spinner Ashley Giles, who is the coach of the ODI team, brings in a “lot of experience and freshness”, felt Morgan.

The England T20 captain, who hit a six off the final delivery of the match to win the second T20 international, said that shot gave him a “lot of confidence”.

“Yes, that particular shot gave us a lot of confidence.

Confidence as a batting unit to take on India in difficult conditions.”

India vs Pakistan 2012-13: Our bowlers the difference between the two sides, says Misbah-ul-Haq