The India A tour to Australia begins on July 6 and ends on August 2.

Robin Uthappa and Manish Pandey, who had a stellar run at the Ranji Trophy this season, along with other fringe players are expected to find a berth in the India A squad which will be picked in Mumbai on Wednesday for the tour of Australia in July-August. Uthappa, who excelled for Kolkata Knight Riders (KKR) in its triumphant run in the Indian Premier League (IPL) 2014, has already been rewarded with his inclusion in the squad to tour Bangladesh to play three One-Day Internationals (ODIs) later this month.

Also expected to be picked by the senior panel headed by Sandeep Patil are some others who will tour Bangladesh but are not part of the squad selected for the five-Test series against England that begins in July.

India A are scheduled to play two four-day games against Australia A — both in Queensland — and also participate in a limited-overs quadrangular series, featuring South Africa A, Australia A and Cricket Australia’s (CA’s) National Performance squad, said a media release from the Board of Control for Cricket in India (BCCI).

The tour, from July 6 to August 2, is part of an exchange programme that has been initiated by BCCI along with CA and Cricket South Africa (CSA) to provide increased exposure to upcoming players and provide them the opportunity to familiarise themselves with and compete in overseas conditions.

July 6-9 vs Australia A at Allan Border Field, Queensland

July 13-16 vs Australia A at Allan Border Field, Queensland; 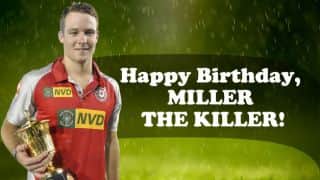