Australia A have won the first unofficial Test against India A by 98 runs on Wednesday, with left-arm spinner Jon Holland claiming six wickets on the fourth day in Bengaluru to present a good case for selection for Australia s upcoming Test series with Pakistan in the UAE.

Losing eight wickets for 57 runs in 22.1 overs was not what India A coach Rahul Dravid could have expected. “There were a few batsmen who showed it, but unfortunately not more than a couple of guys [from India A] were able to bat well. It was a good learning opportunity for our players, and a good challenge,” Dravid told reporters after the loss. “There were lots of bowleds and lbws. Not many catches in the slips. The ball was turning but it was turning slowly. You needed to be patient and bat through periods when runs-scoring wouldn’t be easy.

Bawne – who made 91 in India A’s first innings – was the first wicket to fall, when an attempted sweep off Holland rolled onto the stumps. That was the opening that Australia A needed. Mitchell Marsh turned to Travis Head for two overs, and the result was that his part-time spin had Ravikumar Samarth caught and bowled. Brendan Doggett came back and removed KS Bharat for 0, K Gowtham won an lbw shout against K Gowtham and then it was Holland who removed the biggest wicket of all for his fifth of the innings.

Agarwal was ninth out for 80, caught and bowled by Holland, who then ended the match off his next ball when he removed Ankit Rajpoot. Agarwal s battling half-century was an extension of the good form that has seen him earmarked for an India call-up, but he will rue a serious lack of support.

First Published on
Last updated on September 5, 2018 2:44 PM IST
TOPICS:
Mayank Agarwal India A Jon Holland Australia A India A vs Australia A 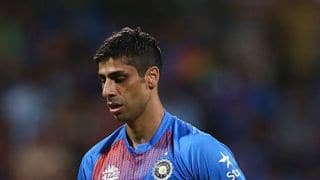 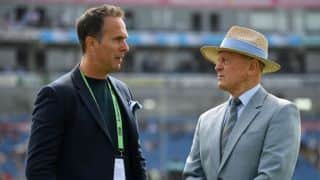 Geoffrey Boycott on Player of the Match terminology: ‘Well they’re idiots, aren’t they?’