Pant is down with fever, after he contracted illness on third day of play during first unofficial Test between India A and New Zealand A.

Ahead of the second unofficial four-day Test between India A and New Zealand A, Parthiv Patel has been roped in the squad. Patel has flown in as cover for Rishabh Pant. The second Test will begin on September 30, Saturday. Pant is down with fever, after he contracted illness on the third day of the first unofficial Test. Bengal opener Sudip Chaterjee kept wickets meanwhile.

Patel, in the ongoing Duleep Trophy 2017-18 tournament, scored 17 and 26 runs against India Red, while he did not bat against India Blue. It is expected that Pant and Patel will play in the XI for India A. Pant registered 67 runs in India A’s first innings at Vijaywada that helped hosts put 320 runs. New Zealand A were comprehensively defeated by an innings and 31 runs.

Patel was in a red-hot form in domestic circuit last season, leading Gujarat to Ranji Trophy win and crossing 10,000-run barrier. He was also in IPL-winning side, Mumbai Indians (MI), in the previous season.

The 2-Test series will be followed by a five one-dayers as well.

First Published on
Last updated on September 28, 2017 8:54 AM IST
TOPICS:
Parthiv Patel India A India A vs New Zealand A Rishabh Pant 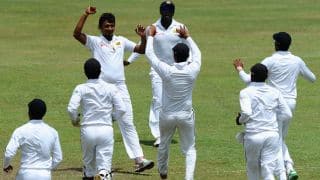 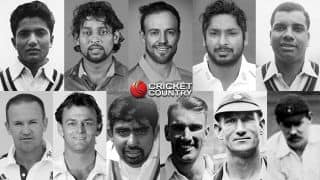