The live cricket streaming of the match is available on the official YouTube channel of Cricket South Africa (CSA).

The top two teams, India A and South Africa A, will battle it out in the final of the South Africa tri-series. Both the teams ended with a 3 wins each, however, South Africa A proved to be the better side in the league matches ending with net run-rate of 1.54. Although the senior team is progressing at new levels, the junior Afghanistan A team had bad outing throughout the tour ending with no win. A win here for India A could be a highlight for youngster Karun Nair, who is in hunt of finding a spot in India s Test squad. The live cricket streaming of the match is available on the official YouTube channel of Cricket South Africa (CSA).

Although skipper Manish Pandey has been the front-runner for India A in the entire tournament, Karun Nair along with debutant Krunal Pandya, Sanju Samson, Rishabh Pant, Yuzvendra Chahal, Akshar Patel, Siddharth Kaul and likes have excelled in the batting and bowling department respectively. These players will be expected to raise their standards when they face South Africa A for the third time and this time in the final of the tournament. India A lost the inaugural match against South A by 2 wickets but won it the second time by a wicket. India would hope to continue their momentum in the final. As for South Africa, Reeza Hendricks has been on top with tally of 261 runs.

His unbeaten 173 knock has boosted his runs. Their batsmen have been consistent while India A have had different match-winners in every game.

Amongst the bowlers, Aaron Phangiso and Tabraiz Shamsi have been the leading wicket-takers, eventually sealing the series for South Africa A. Although South A will be the favourites in the final, India s power packed squad can turn the tables around. 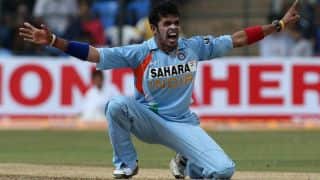