India A lost the first unofficial Test to South Africa A by 235 runs.

After an emphatic performance in the Tri-Nation series, India A were thrashed by South Africa A in the first unofficial Test. The script seemed to remain the same in the first day of the second Test, before Shahbaz Nadeem, Krishnappa Gowtham and Navdeep Saini’s trio enabled India A’s late fightback at stumps. South Africa A ended Day One at 258 for 5 riding on the back of half-centuries from Stephen Cook and skipper Aiden Markram. Karun Nair-led side will be eager to wrap up hosts’ innings on Sunday under 350, and dictate terms from thereon.

South Africa opted to bat under favourable conditions and were off to a good start. The openers, Markram and Cook, troubled the Indian pacers and played spin with ease. They toiled the bowling line-up for around 60 overs. However, Gowtham struck with the wicket of Markram for 74. Nadeem followed suit by getting rid of Cook; who fell two runs short of a century. This triggered a collapse as South Africa tottered from 167 for no loss to 207 for 5. Saini joined the party with a 2-for to bring India back in the game.

Before end of play, Andile Phehlukwayo and Omphile Ramela ensured no further damage to take South Africa to 258 for 5. They will need to start afresh on Day Two and bring South Africa close to a challenging score. 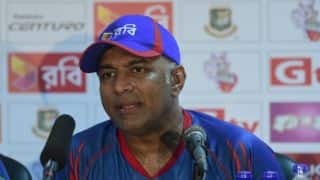 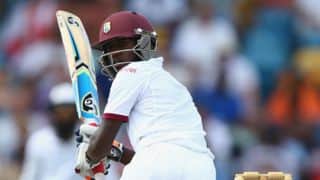