Raina last played for India in the T20I series against England in 2017.

The Board of Control for Cricket in India (BCCI) have announced a 16-member squad for the upcoming Twenty20 International (T20I) series against South Africa. Virat Kohli will continue to lead the side, which sees Suresh Raina make a comeback. Rohit Sharma has been appointed as vice-captain. Raina last played for India in the T20I series against England in 2017.

Raina was in brilliant form for Uttar Pradesh in the recently concluded Syed Mushtaq Ali Trophy, accumulating 314 runs at an strike-rate of 146.04.

The 3-T20I series be played after a grueling 6-ODI series starting February 1. India had earlier lost the 3-Test series, 1-2. 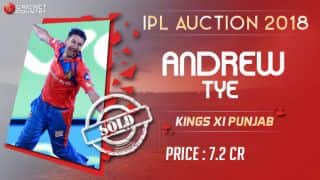