India are going to be aggressive in coming Tests, believes Brad Haddin

India are going to be aggressive in coming Tests, believes Brad Haddin

Brad Haddin believes that the Indians are not going to back down, despite trailing the series 0-2.

India have set an aggressive tone to the ongoing four-match Test series and Australia is not expecting any let-up going ahead for the Boxing Day Test, Australian wicket-keeper Brad Haddin said on Tuesday.

“The Indians have shown their hand that they are going to be quite aggressive,” said Haddin today, referring to the first two Tests — both of which Australia won.

“I think our middle and lower order can expect some more, that’s cricket. Maybe they will wind Mitchell Johnson up again and see how that goes,” he said.

That last statement might be a tease for the visiting side, who faced Johnson’s ire in the second Test after their attempts at sledging backfired.

After being in an on-field spat with Indian players, the tearaway bowler smashed 88 runs and came back to grab four wickets to help Australia win the match and take a 2-0 lead in the four-match series.

Haddin was also critical of India for complaining about the practice pitches at the Gabba.

“What was wrong with the practice wicket?” asked Haddin, keeping up with the teasing tone.

“They used it the day after the game so there couldn’t have been anything wrong with it. I only know that our bowlers went down there to train and they were training there too the day after, so they can’t have been too bad.”

On day four morning, India had complained of poor net pitches after Shikhar Dhawan and Virat Kohli got hit, causing unrest in the dressing room as intriguingly put forth by skipper Mahendra Singh Dhoni. 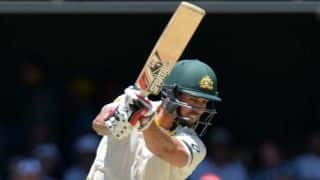 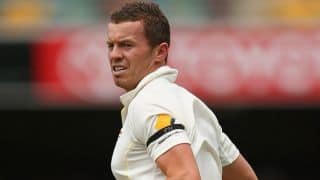