Former Australia leg-spinner Stuart MacGill said it was due to docile pitches that India could square the four-Test series Down Under in 2003-04. 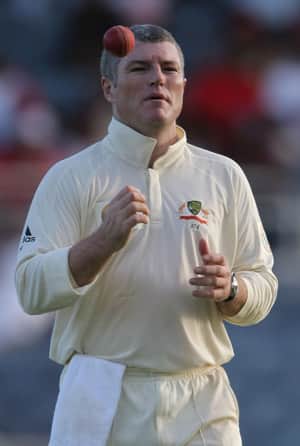 Former Australia leg-spinner Stuart MacGill said it was unfortunate to see Harbhajan Singh out of the Indian team.

“I really love watching Harbhajan Singh bowl because he gets a lot of revs on the ball. It’s unfortunate that he’s out of the side. I want him to start putting that effort again. India are missing his skill and effort,” MacGill was quoted saying in MiD DAY.

The 40-year-old said it was due to docile pitches that India could square the four-Test series Down Under in 2003-04. India’s performance in Australia during that series was considered their finest showing overseas.

“The thing that I hated about the 2003-04 series was that the pitches were so docile. If we had prepared slow pitches like then, we’d have got crushed. The wickets in that series were really slow. It was ridiculous.

“I remember Rahul Dravid nicked one off me at Adelaide – and the ball bounced twice before reaching first slip. It was ridiculous. How on earth were we expected to play on pitches that favoured the visitors? But, I don’t want to take too much credit away from the Indians. It’s okay. They are great batsmen. But, you have to learn how to play on all sort of wickets. I don’t care how great a batsman you are.”

MacGill revealed his only regret is that he never got play in India.

“The most disappointing was that I never played in India. I travelled for the 2000-01 series but the management never played me. It was perhaps because they didn’t want two leg-spinners.

“But, both Shane and I believed that we should have played together. We would have taken so many wickets together,: MacGill concluded.