Neil Harvey feels the umpires need to be given more power to deal with on-field sledging.

Neil Harvey, the legendary Australian batsman, feels that sledging has gone out of control in the ongoing Test series between India and Australia. Though the series started on a somber note, the tensions have risen as the matches have progressed. Indian skipper Virat Kohli has been involved in a few tiffs with the Aussies and some of his teammates also haven’t backed away from the verbal duels. Harvey believes that things have only become worse after the acrimonious 2007-08 tour, where the Monkeygate scandal dominated headlines. READ: Kohli may calm down with captaincy, feels Harvey

Speaking to Mid-DAY, Harvey said, “The behaviour of both teams has been absolutely disappointing. It has sort of carried on from 2007-08 rather than getting better. The truth is it’s not getting better at all. They just sledge each other from the start of each day’s play. This is nonsense. It’s reached a stupid stage and it’s time for the red and yellow card system which is used in football to come in. That will fix them, wouldn’t it.”

Harvey also said that the umpires have to play a bigger role in order to curb the sledging incidents on the field of play. “They all over do it and this sledging business has just got to stop. The umpires have to get stronger and they’ve got to report players to the match referees a lot more. The umpires are too weak. That’s the trouble.”

Harvey’s comments come in the wake of the numerous sledging incidents. In the third Test in Melbourne, Kohli and Mitchell Johnson were involved in a tiff. Kohli was then very vocal in the press conference as he said he did not respect the Australian fast bowler. Bruce Laird, the former Australian batsman, also said that if sledging continues in its current form, the day is not far when we will witness on-field brawls. 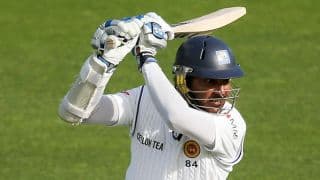