Ajinkya Rahane's character to make a turnaround after low scores was a sign of his character said the coach.

New Delhi: India batting coach Sanjay Bangar heaped praise on Ajinkya Rahane for posting a fighting half-century against South Africa on the opening day of the fourth cricket Test here on Thursday. Rahane was batting on 89 at stumps at the Ferozeshah Kotla Stadium, having helped the hosts to a respectable position after South Africa off-spinner Dane Piedt and pacer Kyle Abbott had put them in a spot of bother. The Mumbai right-hander has struggled in the earlier Test matches in the series, but was in extremely good form on the day, hitting nine boundaries and a couple of sixes during his knock. Live Cricket Scorecard: India vs South Africa 2015, 4th Test at Delhi

“What has been happening for the past two Test matches is he was slightly hurrying through his shots early on in his innings. But he re-worked his strategy a bit where he is willing to spend a lot of time in the middle in the initial stages and waited for the loose ball. That is the key to batting in the longer format,” Bangar told reporters after the end of the day’s play. Live cricket updates: India vs South Africa 2015, 4th Test at Delhi

“You need to give some time to (understand) the bowlers and get used to the pace of the wicket. Today’s innings is a perfect example of how you can do it. After posting low scores in the first two Tests, the way he has turned things around for himself speaks a lot for the character of Ajinkya and the other young Indian batsmen,” he added. ALSO READ: Ajinkya Rahane finally breaks home ‘jinx’ with a resilient unbeaten 89 vs South Africa in 4th Test at Delhi

Rohit Sharma has not been among the runs in this series and continued to struggle on Thursday. The experienced Mumbai batsman struggled for a mere six balls before holing out in the deep with a miscued shot.

Bangar however, defended Rohit, asserting that he needs more time to blossom in the Test arena. “The current lot are all immensely talented and committed cricketers. They worked very hard to reach where they are. I am sure on days like this when players have made a mistake, they must be equally hurting as most committed players do,” he said.

“There are several talented players who have taken time to blossom. (Kumar) Sangakkara and (Marvan) Attapattu are prime examples. Sri Lanka stuck with them for a long period and eventually they played with great distinction. “I think patience has to be shown in players and with the talent that these guys possess they are bound to do well for the team,” Bangar added. 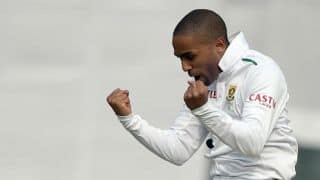 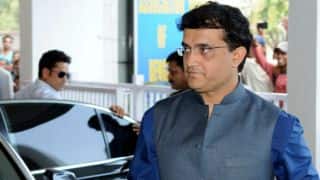