India won the fourth and final Test against Australia by six wickets to reclaim the Border Gavaskar Trophy by a thumping 4-0 margin at the Feroz Shah Kotla. 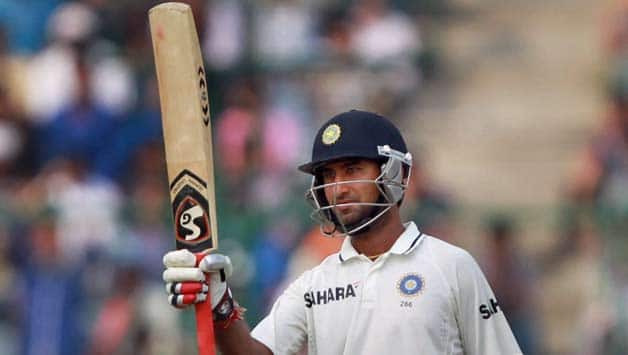 India won the fourth and final Test against Australia by six wickets to reclaim the Border Gavaskar Trophy by a thumping 4-0 margin at the Feroz Shah Kotla.

The hosts needed only 187 deliveries to chase down their 155-run target, albeit they lost four wickets in the process.

Glenn Maxwell got Australia an early breakthrough to dent India’s chase. Murali Vijay (11) went for a suicidal reverse sweep against the spinner that missed his bat and went on to hit the stumps. It was an unnecesary shot and charged up the Australians who were baying for more blood.

Cheteshwar Pujara and Virat Kohli then survived a couple of close shaves as Shane Watson went with spin from both ends. Maxwell and Nathan Lyon probed the two Indian batsmen on a crumbling-by-the-minute pitch for a few overs, before the counter-attack began.

As Watson brought on his pacers, Pujara let loose and executed a few scorching drives to release some pressure. One shot he hit in the 12th over of the day, which yielded two more fours off Pujara’s bat, was quite remarkable, and showed the batsman’s intent. Pujara leaned backwars to a bouncer and skied the ball up and over ‘keeper Matthew Wade’s head for four. India progressed at a rate of around six runs an over and it looked like the duo wanted to get this done with as soon as possible.

Off-spinner Nathan Lyon, who had seven Indian wickets to his name in the first innings, got a double breakthrough — the prized scalps of Kohli (41) and Sachin Tendulkar (1) in successive overs. Kohli played across the line to Lyon’s delivery that pitched in line and spun in, striking the batsman plumb in front. India need another 31 more. Lyon got Tendulkar in his very next over in almost the same fashion. Only this time, the umpire took a little more time to give it out. This was the fourth time Lyon got Tendulkar out in this series.

Then, Ajinkya Rahane (1) added to the misery as he threw his wicket away to Maxwell with a slog that went high up in the air, only to be caught by, none other than, Lyon.

India had stumbled from 123 for one to 128 for four. Was there a chance, however minute, of a spectacular turnaround? MS Dhoni, the perennial finisher for India, ensured that it didn’t happen and accompanied Pujara past the finish line. It was no surprise, then, when Dhoni spanked Lyon to the mid-wicket fence to complete the ‘brownwash’.

Earler, the visitors were bowled out for 164 in their second innings after Ravindra Jadeja took a career-best five for 58. India wrestled their way back into the driver’s seat as Australia were reduced to 89 for five at lunch.

Man of the match: Ravindra Jadeja

Man of the series: Ravichandran Ashwin