India who scored 208/5 in 2o overs could not be surpassed by Pakistan as they were all out for 164.

India defeated their arch-rivals Pakistan by 44 runs in Twenty20 (T20) Blind Asia Cup at Kochi on Sunday. India who scored 208/5 in 2o overs could not be surpassed by Pakistan as they were all out for 164. Pakistan were on top of the table as they beat India by 19 runs in group stages and India later followed second. However, the Indian team turned the tables and secured their first ever win in the blind T20 tournament. Deepak Patel top-scored with 40 runs while Ketan Patel ended up with 34. Pakistan’s Haroon Khan and Sajid Nawaz bagged a wicket each. ALSO READ: Sarfaraz Khan, Khaleel Ahmed shine as India beat Pakistan by 5 wickets in ICC Under-19

Amir Ishfaq gave Pakistan some hope after scoring quick 38 runs but he was run out before Anees Javed and Israr Hassan tried to rebuild the innings by taking the score to 113 in 11 overs. However, fall of wickets in quick succession unsettled Pakistan batsmen who cheaply bundled out for 163 runs in 18.2 overs. Pakistan started losing 4 wickets within 40 overs and that is when the fall took place. Nasir Ali who played extremely well in the match against Sri Lanka was dismissed for just one run.

Pakistan gained momentum when they soared high when they won match against Sri Lanka by a huge margin of 90 runs. It was in contribution by Mohammad Akram’s 44 runs off 30 balls and his 79 runs partnership with Ayyaz Muhammad. Ayyaz was named Man of the Match for that match as he finished with 34 runs from 19 balls. In the final, though, the Indian team came out on top to claim the championship in the first Blind T20 Asia Cup. 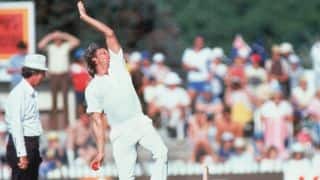