Sri Lanka were bowled out for a score of 306 in their first innings of the second Test between India and Sri Lanka at P Sara Oval, Colombo. It was Angelo Mathews’ sixth Test ton, fifth as a captain for Sri Lanka again who led them from the front with the bat. India did not bowl well in the morning session but picked up as many as four wickets in the second session to break the back of the game. India will be happy with the lead of 87 runs that they managed to sneak in after looking listless for a long time on Day Three. Live cricket score India vs Sri Lanka 2015, 2nd Test at Colombo, Day 3

Sri Lanka’s innings did not get the best of the starts as Dimuth Karunaratne was out leg before to Umesh Yadav very early in the innings. Kaushal Silva and Kumar Sangakkara then fought hard with a 74-run stand to keep the Indians at bay. It was Ravichandran Ashwin again who provided India the breakthrough as he had Sangakkara caught at first slip by Ajinkya Rahane for 32.

The runs dried up soon and Silva was the next one to fall after getting to his ninth Test fifty. Angelo Mathews and Lahiru Thirimanne then frustrated the Indian bowlers by stitching together a 127-run stand. Thirimanne got to his fourth Test fifty and soon departed to Ishant Sharma. Ishant then struck again to get rid of Dinesh Chandimal for a rare failure. Mathews then brought up his sixth Test ton after a nervous time in the nineties. Read: Angelo Mathews dismissed after scoring 6th Test ton; maiden wicket for Stuart Binny in 2nd Test at Colombo

Mathews was out as soon as he got past his milestone handing Stuart Binny his maiden Test wicket. Binny even looked behind in between his celebration to ensure that he had not overstepped. Amit Mishra then got his 50th Test wicket when he had Dhammika Prasad caught at first slip. India for a change ran through the tail to ensure they got a lead of at least 87 runs.

India were bowled out for a score of 393 on Day Two. It took a 164-run stand from Virat Kohli and KL Rahul to steady them after being rocked early by being 12 for 2 at one stage. Kohli missed out on his ton as he got out caught brilliantly by Angelo Mathews for 78. Rahul though ensured India did not lose the momentum and notched up his second Test hundred. India were in a spot of bother when they were reduced to 267 for 5 but Rohit Sharma’s 79 and Wriddhiman Saha‘s back-to-back fifties saw India through to a score of 393. Rangana Herath was again among the wickets taking four of them. Live cricket updates India vs Sri Lanka, 2nd Test at Colombo, Day 3

Earlier on Day One, India won the toss and elected to bat first. India made three changes with Shikhar Dhawan, Harbhajan Singh and Varun Aaron going out for Vijay, Binny and Yadav. Sri Lanka had a forced change to make, they replaced Nuwan Pradeep with Dushmantha Chameera. 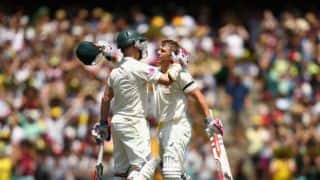 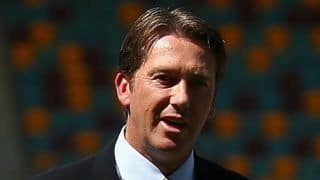