Harleen Deol on Wednesday received a maiden India call-up as she replaced Harmanpreet Kaur for the England limited-overs series at home.

Harleen Deol on Wednesday received a maiden India call-up as she replaced Harmanpreet Kaur for the England limited-overs series at home.

A nervous Harleen attended her first practice session with the national squad in the company of ODI captain Mithali Raj on Wednesday and said the selection is a reward for all the hard work she did while spending time away from her family in Mohali.

“I have been playing for Himachal Pradesh since the last five years and spending time away from my family in Mohali has been difficult. Today s selection is the reward for all the days spent away from my family,” Harleen told The Indian Express.

Harleen played in the two warm-up matches leading up to the England ODI series. Replacing the likes of Harmanpreet, whom she idolises, means a lot to the 20-year-old middle-order batter.

It feels special to get my maiden call-up for the Indian team. I played for Indian A side, which faced the England team earlier this week and was expecting the call. To replace a player like Harmanpreet di in the team means a lot to me as I have always idolised her,” she said.

She added, “I attended the first practice sessions today and even though I had met players like Mithali Raj earlier, I felt little nervous. To play for India is a different feeling and I will aim to give my best against a team like England.”

The three-match series, a part of ICC Championship, gets underway from Friday with at the Wankhede Stadium in Mumbai. 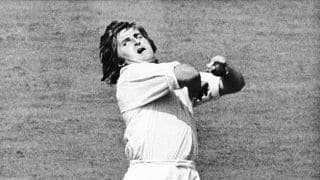 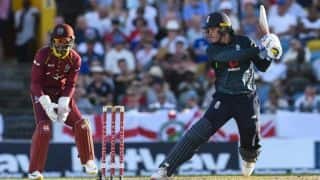