India are tied with South Africa at 120 ratings, but are 7 points behind them.

India will dethrone South Africa from the No. 1 spot if they whitewash Sri Lanka in ODIs. Currently, South Africa are tied with India at 120 ratings, but they 7 more points (6,386) than India’s tally. The three-ODI series between India and Sri Lanka will commence tomorrow from December 10. The series opener will be played at Dharamsala. In Virat Kohli’s absence, Rohit Sharma will lead the team.

Rohit will become India’s 24th ODI captain and 39th across formats. He will be eyeing the top spot in his maiden ODI series as captain. He has every reason of remaining optimistic as Sri Lanka lie at the 8th position.

While Sri Lanka got the better of India in 2017 Champions Trophy, the latter gave it back to the Lankans in their own turf. With a 5-0 whitewash, India are confident of replicating their performance. One of their agendas will also be to finalise their batters at the No. 4 spot. It has been up for grabs for long with players such as Ajinkya Rahane, Manish Pandey, KL Rahul and Dinesh Karthik auditioning for it. 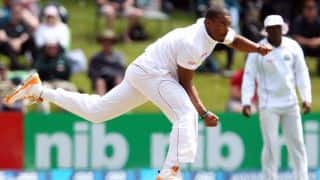 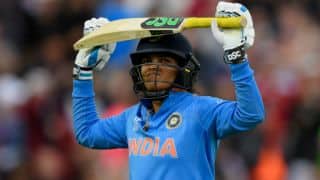