Shastri's comments came in after India drew with Aus in the 3rd Test to lose the series.

Former India cricketer and Indian team director Ravi Shastri shared positive views about India’s performance in the third Test against Australia at the Melbourne Cricket Ground (MCG) on Tuesday, despite the visitors drawing the Test and conceding an unassailable 0-2 lead to Australia in the process.

“I don’t care about the results. I care about the mindset and these guys have it. This team have pushed the Australians,” Shastri was quoted as saying after the match.

“Not here to complain, make excuses. Fine-tuning is to be done and they will be back in top 2/3 in about 12 months,” added Shastri.

When asked about a solution to India’s below-par performances that caused a string of defeats, Shastri mentioned the possibility of including a top-order batsman with the ability to bowl.

“We need a batsman in the top six who can bowl. That will be a big help. In future it can help overseas,” said Shastri, who has been appointed the Director of Team India till the end of the upcoming World Cup. 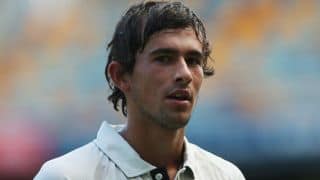