Former India captain Dilip Vengsarkar believes the current squad led by Virat Kohli cannot have two wicketkeepers. Promising Delhi wicketkeeper Rishabh Pant was retained for the three-match T20 Internationals against West Indies and the T20Is against Australia in December. However, MS Dhoni, who led India to its only ICC T20 World Cup, was dropped.

They can t have two wicket-keepers in the team. The selection of the playing XI has not been up to the mark, Vengsarkar, a former chairman of the selection committee, was quoted as saying in the Hindustan Times on Monday.

Add to the middle order frailty, what has been another major concern for the Indian think tank has been the form of Dhoni, who has registered scores of 7, 20, 36, 8, 33, 0, 42 in ODIs this year.

Dhoni has been one of India s greatest cricketers and finest captains. But everybody goes through this phase. He is fit but his form is suspect. That is because he doesn t play all the formats and doesn t play domestic cricket as well. It is tough to straightaway come and play international cricket, said Vengsarkar.

The runs look to be drying from Dhoni s willow. And his aim of playing in the 2019 ICC World Cup will only depend on his performance in the remaining 15 ODIs India have left before the 50-over showpiece in England and Wales next year. 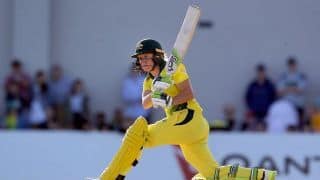