India captain MS Dhoni on Friday said the Pakistan side can be dangerous provided the fact that they come out on the field thinking they have nothing to lose and are expressive. India face Pakistan in the ICC Champions Trophy 2013 on Saturday. 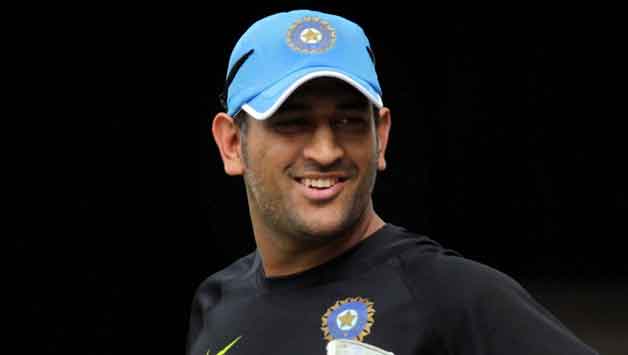 India captain MS Dhoni on Friday said the Pakistan side can be dangerous provided the fact that they come out on the field thinking they have nothing to lose and are expressive. India face Pakistan in the ICC Champions Trophy 2013 on Saturday.

“Well, there are two ways to look at it. It depends on what they are thinking. If their thinking is they have really nothing to lose, let’s go out be expressive on the field, don’t bother about the result then they can be dangerous,” said Dhoni, when asked whether an out of the tournament Pakistani side is dangerous or not.

“But if their thinking is they have not qualified, this is a game against India let’s win this game so that we have it as a consolation prize, they will be in big trouble. So, it depends upon what entirely they are thinking,” he added.

India have already made it to the semi-finals, whereas Pakistan are out of contention in the Champions Trophy. Dhoni said a game between India and Pakistan is always a very important one, and added that it doesn’t really matter what is the venue for the match.

“And if you see both the teams, if you compare it to the eighties or the early nineties you can say that it has mellowed down a bit for the good of cricket. You don’t really see the same kind of action when it comes to the cricketing skills and the verbal skills, which I feel is good. At the same time, I think the intensity is there which I think is very entertaining for the spectators,” said Dhoni.

“And also the fact that whenever you play at a neutral venue like England I still remember the warm-up game that we played in the 2009 ICC World T20, it was a houseful game and we had equal amount of support. I think it’s an exciting game and spectators especially from India and Pakistan they love to watch a game like this. So, I think it will be a houseful again,” he added.

Dhoni also made it clear that there would be no difference in the batting approach of his side when it takes on Pakistan on Saturday.

“It’s exactly the same because most of the international sides have got good fast bowlers. And Pakistan have got a good spinner also up their sleeve and also along with Saeed Ajmal they have Mohammad Hafeez, who has been doing really well when it comes to the bowling department. So, overall they are a very good bowling side,” said Dhoni.

“So, we are not looking to change anything, the approach needs to be the same and restrict to the basics,” he added.

Dhoni further said that there is no added pressure on his team for all the internal sides are good enough.

“I think it’s an important match, to have a look at it is very important. Doesn’t matter which side you are really playing because the reason being all the internal sides are good enough. So, no real point taking any added pressure. So, if there is anything that can you avoid as a team, especially the fact we are talking about pressure, we should really avoid it,” said Dhoni.

“We are a side that relies quite a bit on a good start. It doesn’t really mean that we always need a hundred-run partnership. The openers need to spend some time in the middle and that really comes the dressing room and that has been the case whenever we have got off to a good start, more often have been able to capitalize on the fact,” he added.