Virat Kohli on Thursday completed 50 Tests, during the second game of their ongoing five-match series against England.

India captain Virat Kohli on Thursday completed 50 Tests, during the second game of their ongoing five-match series against England. The match is being played at Dr YS Rajasekhara Reddy ACA-VDCA Cricket Stadium, Visakhapatnam, and it also the first ever-Test at this venue. Kohli, who made his Test debut for India five years ago in 2011 on their tour of West Indies, took over as the full-time captain of the Test side on the Australia tour of 2014-15. In the 49 Tests so far, Kohli has scored 3,643 runs at an average of 46.11 with 13 centuries and 12 half-centuries. FULL CRICKET SCORECARD: India vs England 2nd Test at Visakhapatnam

India s 32nd captain in Test cricket, Kohli is the 28th cricketer to have played 50 or more Tests for his country. He has captained India so far in 18 Tests and has already registered more wins than most of the other skippers in the past. With 10 wins, Kohli is at the fourth spot in the list of most successful Indian Test captains, behind the top-ranked MS Dhoni (27 wins), Sourav Ganguly (21 wins) and Mohammad Azharuddin (14 wins). Kohli has had an impressive run so far in Tests as a captain, since he has lost only two Tests in the last 2 years or so in the position. READ: Joe Root s alluring journey to 50 Tests

Under Kohli, India played the aggressive brand of cricket in Australia, wherein Dhoni, the regular captain, sat out of the first Test at Adelaide in which India came agonisingly close to winning. Kohli took over the mantle of leadership from the fourth and the last Test of the tour.

While the one-off Test in Bangladesh was washed out, Kohli had a poor start to his captaincy on the Sri Lankan tour. India were hammered in the first Test at Galle, but they came back strongly in the remaining two Tests to beat Sri Lanka for the first time in 22 years at their home. Up next were South Africa, who were drubbed 3-0 in a four-Test series with one match being washed out.

The current cricket season of 2016-17 carries great value for India, as they are playing as many as 17 Tests in it. While India have won 4 out of the 8 so far, the remaining 4 Tests against England, the one-off Test against Bangladesh at Hyderabad and the four-match Border-Gavaskar Trophy 2016-17 presents a very tough challenge for the Indian cricket team. The series against England is going to be the toughest challenge till date for Kohli and his team since Alastair Cook-led team has been rampant against India and have also taken the psychological advantage by not allowing the hosts to make a winning start. 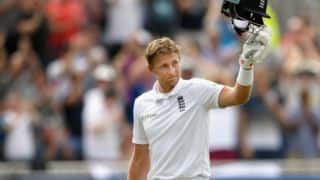 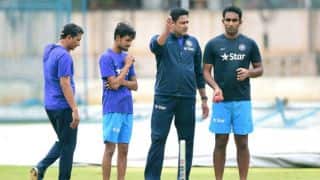