The BCCI acting president also said that the team currently has the perfect and ideal combination for the World Cup.

New Delhi [India]: Board of Control for Cricket in India (BCCI) acting president C K Khanna said on Saturday that the Indian cricket team channeled their aggressive attitude in a positive direction, which in turn, helped them to thrash South Africa 5-1 in the ODI series. Khanna told ANI, “The aggressive attitude which the Indian team has taken to defeat South Africa on their own soil is a great achievement.”

“They have played like winners. They are tigers,” he added. India registered a resounding eight-wicket victory over South Africa in the final and sixth ODI to underline their white ball dominance. Skipper Virat Kohli slammed his 35th century to take India over the line. He played an unbeaten knock of 129 to become the first batsman ever to score 500 runs in a bilateral ODI series.

Hailing Kohli’s magnificent form, Khanna said, “Under the guidance of Ravi Shastri, the team is doing exceedingly well. Virat Kohli has led the team from the front. He has shown that he is the best captain in the world. We are expecting best performances from the Indian team, in the World Cup too.”

The BCCI acting president also said that the team currently has the perfect and ideal combination for the World Cup. En route to the 5-1 series win, India also leapfrogged South Africa to become the ICC ODI number one side. Coming in to bat first, South Africa posted 204 with the help of Khaya Zondo’s half century. Shardul Thakur bagged a four-wicket haul as he found a place in the squad to replace Bhuvneshwar Kumar.

India chased down the score without any fuss, as Kohli single-handedly contributed 129. Openers Shikhar Dhawan and Rohit Sharma struck 18 and 15 respectively while Ajinkya Rahane was unbeaten on 34.

Kohli was awarded the man of the match and also the player of the series as the 29-year old ended the series with 558 runs, which include three centuries (the only Indian to notch up three tons in a bilateral series) and a fifty. 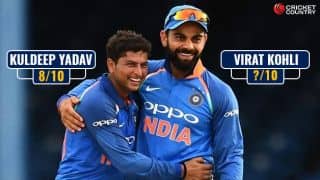 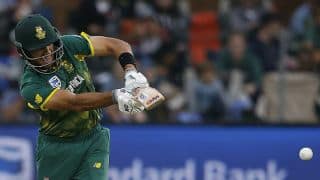