Suresh Raina is playing for Uttar Pradesh at Syed Mushtaq Ali and the young cricket crowd at Cuttack came in full form to support their favorite cricketer at the stadium. But little did anyone notice India’s former coach among the crowd- John Wright– who was present to observe his Mumbai Indians players performance at the tournament. Wright preferred to remain low key amongst the crowd as he likes to remain in the background. In a special interview with Times of India, Wright mentioned about his purpose to come to Cuttack, specialty about Twenty20 (T20) players and India’s performance at ICC World T20 2016:

TOI was surpirsed to find Wright at Cuttack and he said, “I’ve come here since some of Mumbai Indians boys are playing here and monitor their performance. We’ve got an established squad as well as an core squad. We see up all that and give a report to the management based on the information we collect and the decision is taken accordingly. Also many are unaware that this was the ground India played it’s first One-Day International against Zimbabwe, as my first stint as coach for India. We also faced New Zealand in the same venue in 2003. It is lovely to come back to this ground and see the crowd cheering their favorite players. A lot of players who I have trained are coaches for other teams today. I am glad to come here.” ALSO READ: Jagmohan Dalmiya best boss I have worked for: John Wright

Wright believes there is massive difference between T20 and ODI players as T20 involves team efforts and quick runs, “There is lot of power involved in T20, where fielding as well as picking quick runs is important. Bowlers have a different mindset as it is a limited over match and defending as well as attacking needs emphasis. The crisis that arise at the time of T20 are very different. It is always a team game and if someone fails to create an impact, someone else chips in. Players adapt to short formats easily. I am doing coaching for young players and they want to play T20. They watch T20 on television and it suits many considering it is a medium fast game as it suits the youngsters and certain players.”

With IPL draft being decided for Rajkot and Pune last month, Wright said a lot of thought is involved in the players being selected, “It differs from franchise to franchise as a lot of decision is involved in picking young players. There is a salary cap and lot of thought and economics involved to pick the right player to fill in the gaps. Auctions can be a funny thing, as if a team needs a particular player the other team will not require him and sometimes matter of interests is involved. You have to balance how much money need to be spent and accordingly spend on the rest of the players. I felt Josh Hazlewood was a good buy. It is hard to predict at what price the player is being sold as teams will stick to a particular player at one time and the stakes can go high. At the time when Glex Maxwell was being auctioned, Hyderabad had high stakes on him while we got him for a much higher stake. When a player is bought for the highest price, he becomes the most talked about player and he has pressure to perform well, which helps the team. We are happy with out squad as it has been a good three years and with inclusion of Ricky Ponting it has helped the players to boost their performance as well.” ALSO READ: Anil Kumble quits as Mumbai Indians chief mentor

He also feels India has a huge advantage at their home ground in ICC T20 World Cup, “Any T20 competition is hard to predict. The biggest advantage for India is that they are playing at their home ground and they have a good chance. There is domestic T20 series and the Australia tour which can be a perfect practice before the ICC World T20 series.” ALSO READ: Sourav Ganguly against Eden Gardens hosting Ghulam Ali concert ahead of ICC inspection

Wright found emerging countries like Afghanistan and Bangladesh to be unpredictable in T20 formats, “The beauty of T20 matches is that there are teams which do not excel in 50-overs but will be perfect for T20 conditions. Countries like Afghanistan and Bangladesh have played constant T20 matches. Indian fans have plenty to look forward to like ICC World T20, Australia series, Asia Cup and Indian Premier League (IPL).” When asked about the latest developments in New Zealand team and the way they have performed so far, “I have worked with lot of young cricketers at A Team and U-19 team, who have the potential and are playing well under Brendon McCullum, so that does not surprise me. They are going to excel in the next five to six years. I think it one of the best New Zealand teams, as compared to the one I played in and the one led by Stephen Flemming.” 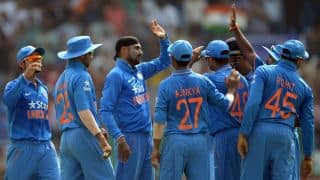 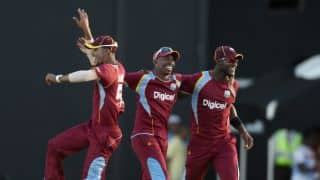