India will now tour Australia with the first Test scheduled to start on December 4.

India consolidates its No 1 ODI ranking after defeating Sri Lanka by a 5-0 margin. Before the series, India were at the No 3 position behind South Africa and Australia at 113 rating points. However, after the whitewash, they have gained four rating points and are at the top with 117 rating points.

Both Australia and South Africa can trump India, if either of them win the ongoing series between them by a 4-1 margin. Currently, the series is tied at 1-1 so both teamms will have to win all the remaining matches to get the ranking.

India will now tour Australia with the first Test scheduled to start on December 4. They will like to use the tour as an opportunity to improve their horrible away record in Tests. 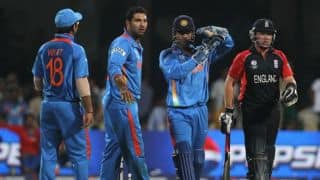