With major sporting evens this year either postponed or cancelled, mystery shrouds over the fate of T20 World Cup to be held in Australia.

India will be open to playing extra matches against other cricket teams including the likes of Australia to help them tide over the financial crisis triggered by the coronavirus pandemic.

With major sporting evens this year either postponed or cancelled, mystery shrouds over the fate of T20 World Cup to be held in Australia in October-November.

In the eventuality of the showpiece T20 event being cancelled, BCCI may add more matches to India’s tour of Australia later this year during which they are scheduled to play in a four-Test series.

The gesture will, however, not be limited to their Australia counterpart, BCCI treasurer Arun Dhumal has said.

“Once things settle down, BCCI will chalk out a plan,” Dhumal told The Indian Express. ” There are a few suggestions, for example we are scheduled to play Zimbabwe in the coming days which might not happen. But we will try to play them once the situation improves. This will give a chance for Zimbabwe to earn money through their TV deals. We will also ask other boards whether they would want to play extra games. It could be Australia, Sri Lanka or any other nation.”

During an ICC meet last week, BCCI secretary Jay Shah laid down the roadmap ahead which reportedly drew positive response from others.

“We want to be like a big brother to them in these tough times,” Dhumal said. ” Our secretary Jay put forward a proposal during the ICC meeting and everybody appreciated it. The situation won’t be the same again, for sure. Every board will suffer some way or the other. Nobody knows the exact numbers. As our secretary Jay said in the meeting, the BCCI wants to take everyone along. We understand cricket economics. BCCI will help other boards so that they can stand on their feet once things get better.” 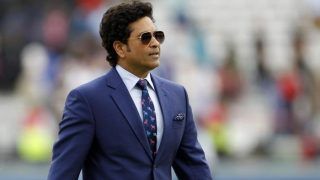