Ajinkya Rahane's ton set the platform for a big Indian lead against Sri Lanka in 2nd Test at Colombo.

India declared their second innings for a score of 325 for 8 decl. after getting a lead of 412 runs to set a huge target in front of the hosts. India are looking to level the series after losing the first game at Galle. For India, it was Ajinkya Rahane who top scored scoring his fourth Test ton and helping India build the platform. Murali Vijay missed out on his ton, getting out for 82. Rohit Sharma and the rest went for quick runs and lost wickets in a jiffy. For Sri Lanka, Tharindu Kaushal and Dhammika Prasad both took four wickets each. Live cricket score India vs Sri Lanka 2015, 2nd Test at Colombo, Day 4

Stuart Binny was out first ball after the Tea break but Ravichandran Ashwin kept finding the boundaries at will to keep the scoreboard ticking. Wriddhiman Saha had earlier gone off the field retired hurt, but came back to help India get the lead past 400. Dhammika Prasad ran through the tail picking up wickets at regular intervals.

India were in a spot of bother when Angelo Mathews and Lahiru Thirimanne had steadied Sri Lanka with a stand in excess of 100 runs. Mathews scored a superb sixth Test ton before Sri Lanka collapsed to get bowled out for 306, handing India a lead of 87 runs. Amit Mishra was the pick of the bowlers with a spell of four for 43 in his 21 overs of bowling with Ishant Sharma taking a couple of wickets. India earlier posted a total of 393 based on a 164-run stand between Virat Kohli (78) and KL Rahul (108). The lower middle order too chipped in with crucial fifties from Rohit Sharma and Saha. Rangana Herath took four for 81 for the hosts. Live cricket updates India vs Sri Lanka 2015, 2nd Test at Colombo, Day 4 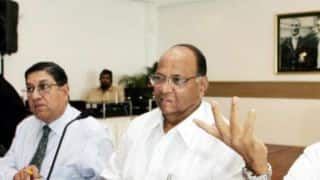 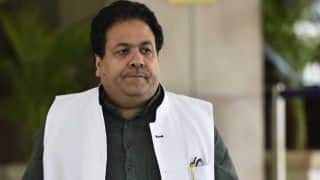 IPL Governing Council to meet on August 27 in Kolkata