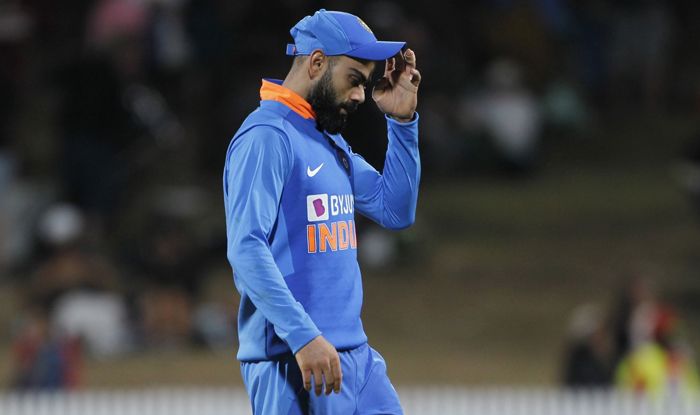 Former Pakistan pacer Shoaib Akhtar said he was surprised by India‘s tactics during their loss in the second ODI against New Zealand at Auckland on Saturday. Calling the performance poor, Akhtar questioned India’s bowling, believing Virat Kohli‘s team is lacking a strike bowler.

India had reduced New Zealand to 197/8 before Ross Taylor once again produced a fine innings lifting New Zealand to 273/8 at the end of 50 overs. Taylor followed his century at Hamilton with an unbeaten fifty in Auckland and put on 76 unbeaten runs for the ninth wicket with debutant Kyle Jamieson to offer New Zealand a strong finish, a total which India fell short of by 22 runs.

India replaced Kuldeep Yadav in the previous ODU with Yuzvendra Chahal and although the legspinner finished with 3/35, triggering a collapse for New Zealand which saw the hosts lose five wickets for 30 runs, no one could finish strong, including premier fast bowler Jasprit Bumrah.

“India deserved this lesson. You cannot win ODIs by playing such poor cricket,” Akhtar said on his YouTube channel.

“No one had an answer to Taylor’s innings. I don’t understand how you can let the game slip from reducing the opposition to 7-8 down. I’m repeatedly saying India are missing a strike bowler. Chahal came in place of Kuldeep, he did well but they lacked someone who could put his hand up when they needed wickets.”

Akhtar credited New Zealand for leaving behind the disappointment of the 0-5 drubbing in T20Is and securing the ODI series, and doing it in the absence of Kane Williamson, Trent Boult, Matt Henry and Lockie Ferguson, who are out nursing injuries. Akhtar reckons India will have to be a lot better if they are to prevent a 0-3 whitewash.

“India looked a very average side today. But Credit to New Zealand for coming back so strong after 0-5 loss in T20IS. That type of loss can be demoralizing for any team but they have made a solid comeback. This is a learning curve for India, they need to show character,” he pointed out.